The usual Saturday night showdown at Charlotte ended up with more twists and turns than your typical road course. Although the moon wasn't full, you couldn't tell from the activity on the track. The first lap featured a huge melee that included 14 cars, the second caution included a green flag thrown with safety vehicles still on the track, and near the end of the race, green flag pit stops were interrupted by a caution which temporarily left four cars on the lead lap.

The usual Saturday night showdown at Charlotte ended up with more twists and turns than your typical road course. Although the moon wasn’t full, you couldn’t tell from the activity on the track. The first lap featured a huge melee that included 14 cars, the second caution included a green flag thrown with safety vehicles still on the track, and near the end of the race, green-flag pit stops were interrupted by a caution which temporarily left four cars on the lead lap.

With that type of action, you’d expect some sort of cosmic shift in the battle for the Top 35, and that’s exactly what happened. Let’s look at who took advantage of their opportunities on what was a wacky night at Lowe’s – and reflect on who woke up Sunday morning with the words “innocent victim” tattooed across their chest:

Tony Raines was by far the big winner at Lowe’s. The No. 96 Hall of Fame Racing team, struggling all year long, was able to take the lead using pit strategy early in the race. Raines, however, proved he belonged at the front of the pack by leading 11 laps before being overtaken by Scott Riggs, and stayed near the front for the remainder of the night. Raines was never out of the top 15 after lap 80, and the No. 96 crossed under the checkered flag in seventh place, Raines’s best Cup finish with the team and second best of his career. The 151 points awarded for Raines’s first top 10 of the season moved the team up three spots to 28th in owner points, and all but assured them a Top 35 slot for next season.

Joe Nemechek likes racing at Charlotte in the fall, and it showed. Nemechek piloted the No. 01 Ginn Motorsports entry to his third consecutive top-10 finish in the October race at Charlotte. Nemechek was a lap down at one time during the race, but received the Lucky Dog during the eighth caution of the night. Capitalizing on that luck, Nemechek stayed with the leaders and ultimately came home in ninth place. The 138 points garnered for that finish moved the No. 01 up one spot in the standings to 32nd, 285 points ahead of 36th spot.

Along with Nemechek, MB2 Motorsports teammate Sterling Marlin had a strong race at Lowe’s, leading due to pit strategy and running in the top five for an extended period before being shuffled back later in the event. Still, a series of late-race cautions put Marlin back on the lead lap and in contention, and the No. 14 car ended up posting its best finish since Richmond in May, an 11th-place result. Those 130 points put the No. 14 team a solid 106 points ahead of the No. 45 and Kyle Petty for the 35th and final “locked-in” spot in the standings.

Ken Schrader was the biggest loser at Charlotte. On lap 47, Todd Kluever spun coming off turn 2. Kluever spun to the bottom of the track and Schrader moved to the top to avoid the spin; unfortunately, Kluever’s car came back up the track, too, and Schrader was unable to avoid contact. The No. 21 Wood Brothers car was heavily damaged and spent the rest of the night in the garage. That 40th-place finish only paid 43 points, and dropped the No. 21 team three places in the standings to 31st, now 329 points ahead of 36th with five races left.

Elliott Sadler was looking at a decent night at Charlotte… until his engine let him down. The No. 19 Evernham Motorsports team was running near the front of the pack with his teammate Kasey Kahne, actually taking the lead for five laps at one point from lap 118 to lap 122. Unfortunately, Sadler’s engine failed shortly thereafter, not only dropping him out of the lead but out of the race. Those 63 points Sadler earned for his 35th-place finish, including five points for leading a lap, dropped his No. 19 team one position to 33rd in the rankings, 225 points ahead of 36th.

Finally, after posting his best finish of the year at Talladega one week earlier, any lingering hope Michael Waltrip had of getting his No. 55 operation back into the Top 35 this year was quickly snuffed out at Lowe’s. Struggling with an ill-handling car to begin with, Waltrip spun while trying to make a pit stop and crunched up the front of his NAPA Dodge. Winding up stuck in the garage area from the damage, the 49 points he earned for his 38th-place finish put Waltrip 307 points out of a spot in the Top 35 with just five races remaining, making it a near certainty he’ll have to qualify on speed for the 2007 Daytona 500.

ON THE OUTSIDE LOOKING IN

The series now moves from the insanity of the only night race in the Chase to the whirling dervish that is Martinsville Speedway. The small little paperclip in Virginia will provide plenty of beating and banging as once again, drivers can be caught up in someone else’s mistake and ruin their day without having any say in what happens. One thing is for sure, teams that gain ground during that Virginia battle will have to do it the old-fashioned way… they’ll earn it.

What is it that Mike Neff doesn’t do? The writer, radio contributor and racetrack announcer coordinates the site’s local short track coverage, hitting up Saturday Night Specials across the country while tracking the sport’s future racing stars. The writer for our signature Cup post-race column, Thinkin’ Out Loud (Mondays) also sits down with Cup crew chiefs to talk shop every Friday with Tech Talk. Mike announces several shows each year for the Good Guys Rod and Custom Association. He also pops up everywhere from PRN Pit Reporters and the Press Box with Alan Smothers to SIRIUS XM Radio. He has announced at tracks all over the Southeast, starting at Millbridge Speedway. He's also announced at East Lincoln Speedway, Concord Speedway, Tri-County Speedway, Caraway Speedway, and Charlotte Motor Speedway.
@MNeffShortTrack
Previous Kasey Kahne Says He’s Not Out of Chase; Backs It Up With 6th Win of 2006 at Charlotte
Next How Many Records Will Kevin Harvick Set With 2006 Busch Series Championship? 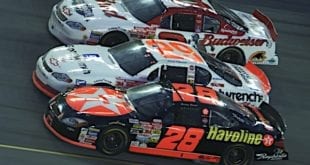 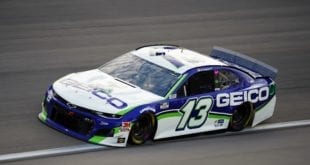 The Underdog House: Ty Dillon Leaves Vegas On a Heater