The problem is, the sanctioning body either doesn’t care or doesn’t have a clue how to fix a sport that is rapidly deteriorating to the point that it will be beyond repair. Yet, there are some ways that NASCAR could win back some fans, make it fun and real and exciting again. And they could make a great start without even making a single rules change for the teams on the racetrack. In fact, there are five simple things NASCAR could do to remind its old fans and new how great the sport was and can be again.

It wasn’t that long ago when every major sport could have taken a page from NASCAR’s book. This was a sport that was fan friendly. The drivers were accessible to the fans and happy to oblige. The sport was rich in tradition and the racing was good. Everyone wanted to win the Daytona 500 and the Southern 500, the two notches in the fencepost that mattered most to teams. It was a family sport that parents could watch with their kids. What was not to love?

Then, seemingly overnight, things began to change, although the changes have come over the course of a few years. The sport is not so fan friendly–watching the sport together has turned into watching the start and then sending the kids off to do their homework. The oldest race on the circuit has been gone for several years, replaced by a “market.” The drivers are scarce in public areas, and the tradition and good racing are all but gone, replaced by trends and fans who will likely only ride this bandwagon until the next stop, and then jump onto the next trend when it rolls in, leaving longtime fans and purists scratching their heads and wondering what happened to the sport they once loved.

Sure, many of them still watch, but it’s not the same as it once was. Where there was once anticipation and blind faith that this would be a good one–after all, it was Sunday, and there was a race, a race! on–had turned into a sad hope that this week will be better, that this week, it will be like it once was and reawaken the fire in their hearts that once beat in time with the music of the motors.

The problem is, the sanctioning body either doesn’t care or doesn’t have a clue how to fix a sport that is rapidly deteriorating to the point that it will be beyond repair. Yet, there are some ways that NASCAR could win back some fans, make it fun and real and exciting again. And they could make a great start without even making a single rules change for the teams on the racetrack. In fact, there are five simple things NASCAR could do to remind its old fans and new how great the sport was and can be again.

I mean, really sit down and start from scratch, and make the schedule about the racing, not about pandering to a “market.” Last time I checked, the “market” was the fans who tune in to races from coast to coast, not a few who largely can’t be bothered. NASCAR sold its soul in the late 1990s, when they allowed North Wilkesboro to be sold for spare parts. They made it worse when their sister company, International Speedway Corporation, sold North Carolina Speedway to rival Speedway Motorsports, Inc. with the condition that the track be closed and its races moved elsewhere. ISC did a nice job making Bruton Smith look like the bad guy, but they essentially used Rockingham, as the track was affectionately known, as a pawn in an attempt to appease SMI with another race date and get out of the inevitable upgrades to Rockingham all in one fell swoop.

NASCAR needs to think outside the box on this one. Their excuse for taking the Labor Day race away from Darlington, where it had been since practically the beginning of time, was that the track wasn’t selling out two races. But they moved the race from the first superspeedway designed for stock cars to a superspeedway that was designed for open-wheel racecars without so much as an afterthought to stock cars. If selling out two races is the criteria, then only tracks who sell out two races should have two races. Right now, that is only Bristol Motor Speedway and New Hampshire Motor Speedway with any consistency. So, if a track cannot support two races, take one away and spread the wealth. If Iowa Speedway can build the seats necessary, race there. If Rockingham Speedway (as it has been renamed) can make some necessary upgrades, race there. Race at Road Atlanta and another road course–including one in the Chase. Give Kentucky Speedway a date. But don’t try to sell Auto Club Speedway on fans as deserving of two races. The races there are disappointing every time out, plain and simple.

Finally, don’t try to pass off the May Darlington race as the Southern 500. The Southern 500 was run on Labor Day weekend, and Mother’s Day was a week off to give the drivers some family time. Used to be a family sport, remember? Don’t try to insult our intelligence or our loyalty by calling this race the Southern 500. Anyone who thinks it’s right or cool to rename it probably was never a fan for a real Southern 500.

2. Get the drivers involved with the fans

The Indy Racing League holds autograph sessions before every race. The drivers are cordial and friendly. And they have to be there if they want to race.

I’m not suggesting that this format would work in NASCAR, but NASCAR should make sure that drivers are more accessible to their fans. It would be easy enough to do–you find an hour on Friday or Saturday or don’t bother to come on Sunday. Would the logistics be tough? Of course, but it could be done. Some drivers would, as necessitated by their popularity and the lack of basic manners of far too many fans, have to be in a segregated area, while others could easily be done at the haulers. Give a certain number of tickets to each gate attendant, to be given to the first fans, age 15 and under, to enter through their gate. Once they run out of one driver, the kids pick from who is left. Letting a few kids meet their heroes each week would do a lot for keeping the sport popular for generations.

But I agree that the drivers already have a lot to contend with. The solution–ban autographs in the garage. Let the corporate types get them in hospitality, and the kids get them in scheduled sessions. If the drivers choose to sign at other times, cool. But while saying they owe the fans might be too strong a statement, many need to remember that they are someone’s hero, and just a smile and a hello would go a long way towards making a race magic for some fans.

Once upon a time, most races started at 1:00 local time. Most fans didn’t complain, and it made both watching the race on TV and going in person an easy family activity. You got home at a decent hour even with traffic, and if you watched on TV, you could have a family dinner before sending the kids off to do their homework and get ready for school on Monday.

Then the networks came along. And they said that the races started too early… couldn’t grab those early ratings from people who ran errands after church. Couldn’t get ratings if… something. So NASCAR caved, and created races like last Sunday’s ridiculousness. If a track wants a night race, it should be on Saturday, with the lone exception of the Coca-Cola 600, which is on the eve of a holiday.

Several friends of mine commented after Sunday’s race that their kids couldn’t watch the end, because it was a school night. There goes the family aspect.

The solution: start Sunday races at 1:00 p.m. local. All of them. Or schedule them for a Saturday night race. It used to be church, race, family dinner. Now it’s church, green flag, and go your separate ways to do homework and Sunday night chores. The earlier starts were a long standing tradition, and traditions start for a reason.

4. Work with tracks to make a better experience for the fans

NASCAR needs to start with the family business here. Say what you want about Bruton Smith, SMI tracks blow ISC out of the water when it comes to fan friendliness. It was understandable for tracks to make some security changes in the post-September 11th days when everyone was afraid. But while other tracks have kept security up with searches, ISC used the guise of safety to keep fans from bringing coolers in to the tracks and thereby forcing them to spend whatever ISC asks for concessions instead. It’s kind of low to use fear as a tactic to sell beer.

One thing that NASCAR needs to ban at all sanctioned tracks is the ticket policy that allows tracks to force fans to buy package deals in order to get the best seats at a race. Allowing a speedway to tell a fan that they would rather have an empty seat than sell a single race ticket to a fan is nothing short of a disgrace. Fans should be able to purchase whatever seats they want for whatever race they want. Period.

Sure, teams bend the rules. They have done it since the beginning, and it’s part of the game–props to those who don’t get caught, especially under the close scrutiny they get in the garage these days. If teams didn’t push the envelope every single week, the racing would get boring quickly. But when someone is caught enhancing performance illegally, do something about it, and do the same thing every time.

My take is this: if a team gets caught in opening tech, slap them with a hefty fine and send them back through, last in line. Missing laps in first practice is punishment enough for a car that has not been illegal in competition. No harm no foul. You caught us, we’ll fix it and write you a six-figure check. Caught after making a qualifying run? Now they have competed. Toss the time and any guaranteed starting spot along with it. Let a legal car race in your place. Finally, a car with an infraction that enhances performance during a race should forfeit its finishing position and give up all points and purse associated with the race. NASCAR tossed the winner for cheating in the very first race in the series that evolved into Sprint Cup, so the “precedent” argument just doesn’t hold water. If a team can prove that a part failure caused a car to be too low or too high, that’s one thing. If not… stop rewarding them.

NASCAR fans often get asked by newer fans why we stick around if we are unhappy. That’s simple–it’s because we know how great it once was, and just maybe could be again. It’s up to NASCAR not to let that hope fade completely. Fans just want the sport they once loved to be great again. Shouldn’t NASCAR want it to be great, too? 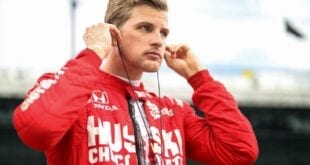