6
Caution flags for a total of 29 laps at Phoenix.

12
Number of penalties handed out by NASCAR during the running of the Subway Fresh Fit 500.

21st
Joey Logano‘s finishing position, earning him Raybestos Rookie of the Race honors for the sixth time this season.

39
Cars running at the end of the Subway Fresh Fit 500k; 17 of those finished on the lead lap.

43rd
Tony Raines‘s finishing position Saturday in the Subway Fresh Fit 500. He was only able to complete 56 laps of the event before losing the brakes in the No. 73 Quality Concrete Dodge.

157
Laps led by Subway Fresh Fit 500 winner Martin, the most of any driver.

80,000
Estimated crowd in attendance at Phoenix.

The Frontstretch Staff is made up of a group of talented men and women spread out all over the United States and Canada. Residing in 15 states throughout the country, plus Ontario, and widely ranging in age, the staff showcases a wide variety of diverse opinions that will keep you coming back for more week in and week out.
@Frontstretch
Previous Fan’s View: Wondering “Where Does Ask.com Get These Ideas”?
Next Running Their Mouth: 2009 Subway Fresh Fit 500 at Phoenix 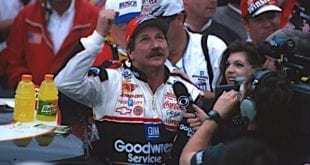 Turn Back the Clock: 1993 NASCAR Season 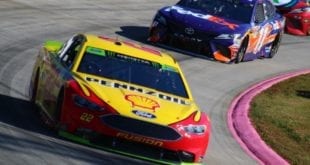