While Silly Season 2009 has so far been quieter than in years past, it hit the Nationwide Series with full force following race weekend at Gateway. And, frankly, it was one of the more convoluted moves the Series has seen in recent memory. Scott Lagasse Jr., a solid Rookie of the Year contender and a driver who has managed to keep the No. 11 car competitive after taking over for the veteran Jason Keller late last season, was released in favor of Denny Hamlin for two races, and then… TBD. Viewing this decision simply as one involving a development driver and the No. 11 team, a rather simple question needs to be asked here…why?!

While Silly Season 2009 has so far been quieter than in years past, it hit the Nationwide Series with full force following race weekend at Gateway. And, frankly, it was one of the more convoluted moves the Series has seen in recent memory. Scott Lagasse Jr., a solid Rookie of the Year contender and a driver who has managed to keep the No. 11 car competitive after taking over for the veteran Jason Keller late last season, was released in favor of Denny Hamlin for two races, and then… TBD.

Viewing this decision simply as one involving a development driver and the No. 11 team, a rather simple question needs to be asked here… why?! Lagasse currently sits 12th in the NNS standings, with three top 10 finishes to his credit after 20 starts this season. By comparison, when CJM Racing released Jason Keller 28 races into 2008, he was 11th in points with four top 10s to his credit. Considering that Keller has several hundred more starts in Nationwide Series competition than the younger Lagasse, the discrepancy in performance between the two is all but moot… if anything, the rookie’s performance in the car has been more impressive given his level of experience.

And it’s not like Lagasse has taken the No. 11 team in a backward direction. Just as Keller was a steady top 10, top 15 driver during his tenure with the team, contending for wins on occasion (see Kentucky and Gateway last year), Lagasse has been much the same (he led four laps and scored a top 10 finish at Talladega in April).

But regardless of the stats that ought to leave observers scratching their heads as to what CJM is thinking, it’s simply not smart to release a developing prospect midseason in favor of a future plan that’s… questionable. Right now, CJM boasts nothing concrete for the remainder of the season other than a two-race commitment from a Cup driver in Hamlin, whose future plans obviously are not going to include bringing CJM Racing to the forefront of the Nationwide Series.

Still, the fact remains that Lagasse is out, and one of the better rides in the Nationwide ranks is now open. The question is why.

Right now, it’s hard to determine an answer. At the moment, team officials are remaining mum on the matter. When Frontstretch contacted PR representatives from the No. 11 car, as well as General Manager Brent Weaver, we received the following reply:

“At this time, the team has opted to not do any interviews. They would like to wait to answer questions or make a statement until after Iowa. This is in order to keep their focus on Scott and his last remaining race with the team.”

“To keep their focus on Lagasse?” Please. Any team that boots the all-time leader in Nationwide Series starts in favor a development driver, only to dump him two-thirds into his first full-time campaign (and a campaign that was bearing fruit at that) clearly has lost focus. We’re talking about a single-car team here, one that less than two seasons ago was a part-time effort desperately in need of sponsorship and in the Nationwide Series licking their wounds after trying and convincingly failing to establish themselves on the Sprint Cup circuit.

Now, they’re saying sayonara to a driver who not only has demonstrated tremendous improvement behind the wheel in 2009, but one that the team’s long-term sponsor, America’s Incredible Pizza Company, has expressed great satisfaction in. In an interview with NASCAR Scene, AIPC President Richard Barsness confirmed that the company will continue “their branding with Scott through store openings and other promotions.”

With nothing concrete to go on, all that remains is speculation out there as to what CJM is thinking and what precipitated this move. If nothing else, Lagasse’s release continues a consistent pattern with their past history of being impatient with their drivers (CJM released Brandon Whitt after only five Cup races with their former No. 72 operation, did not sign him to drive their NNS car when they returned to NASCAR, and all but forgot another development driver in Marc Mitchell after only two race attempts while giving Keller less than a full season behind the wheel).

This lengthy history of premature firings is surprising to say the least, for such a practice is not consistent with a team that has done the racing thing right since they came to the Nationwide Series. Rather than start-and-parking or half-heartedly racing when searching for sponsorship, the team instead committed to run where and when they could competitively. And in doing so, they landed one of the few new primary sponsorships to enter the Nationwide Series in 2008. Of course, performance is still the end-all, be-all… but this team has delivered on that end.

Yet given the team’s incredible story of success, making the transition from Cup underdog to fully-sponsored Nationwide contender so quickly, one can’t help but think it’s gone to their head. What other explanation can there be for a team that canned experience for youth, only to decide that their particular youth wasn’t good enough despite having success on the track?

It’s not likely performance. Lagasse currently sits sixth among NNS drivers with single-car teams, with results that mirror what the team did with a veteran driver in 2008. It’s not sponsorship; again, AIPC was happy with Lagasse, and Frontstretch has also learned that CJM’s plans to run ARCA standout Justin Lofton in a second team car four times later this year have not changed despite the recent changes to the No. 11 team. So if the decision was to yank Lagasse in favor of a bigger name driver, the decision can be described at best as short-sighted.

Sure, having Hamlin in the car for the races at the Glen and Michigan will garner some more TV time and maybe even a top 10 finish or two; but come on, there’s no future there. Hamlin’s career is not going to involve committing to CJM Racing and taking the No. 11 team to the promised land of Victory Lane; Sprint is and will always be his first priority. As for Kelly Bires (who the rumor mill is linking to the No. 11 ride for the fall), he may be one of the hottest names out there when it comes to development talent, but look at his results compared to Lagasse’s: 20 races into Bires’ last full-time Nationwide campaign, he was 14th in points with a pair of top 10s. That’s not a whole lot of improved performance there to justify a driver switch mid-season.

So while the numbers tell the tale of how CJM’s decision looks to be nothing other than a short-term Hail Mary to somehow make the move from a top 12 team to a winning team happen quicker than it ordinarily would, it also demonstrates a longer-term problem plaguing development drivers today: unrealistic expectations.

Lagasse is among the more fortunate drivers out there trying to carve a name for themselves, as he washed out of both a Chip Ganassi Racing development program and JTG’s No. 20 Truck Series ride before landing at CJM. But despite going from a backmarker truck driver to a front-running Nationwide competitor this season, that still wasn’t good enough to keep his job. Just as CJM’s fast track to success seems to have gone to management’s head, Lagasse seems to have fallen victim to the expectation that owners have today of instantaneous driver development.

With names such as Hamlin and Joey Logano proving to be talented enough to bypass longer periods of seasoning in lower divisions, there just doesn’t seem to be a place for drivers like Lagasse who have talent… but need the seat time to hone it. Because it’s not like CJM Racing is the only Nationwide operation out there proving quick to pull the trigger on their prospects. Just look at Kevin Harvick, Incorporated, who after years of having Cale Gale toil in their garages now can’t say enough about wanting to try and find Bires some sponsorship — Gale’s lack of a ride or future driving be damned. Then, we have Braun Racing, who after giving Burney Lamar a second chance backed out of the deal midseason to get another trendy name, Brian Ickler, in the No. 32 seat with Cup guys taking the rest of the races.

There’s plenty of talk about how an abundance of Cup drivers in the Nationwide Series ranks takes away development opportunities for up and coming drivers, and rightfully so. It’s now tougher than ever to land a development ride in the upper levels of NASCAR racing. But even for those like Lagasse who are able to secure such a ride, job security and patience is proving sorely lacking even in the minor leagues. While it’s completely understandable that every team out there wants to land the next Denny Hamlin or Joey Logano, the fact is drivers such as those are special because they don’t come around every day. Instead, there are plenty of talented guys out there that are fully capable of making a career out of big-time stock car racing, even if it takes them a few years of seasoning to do it.

But if they can’t even find a home with teams like CJM, who have proven able to make competing in the Nationwide Series work, where do they have left to go? 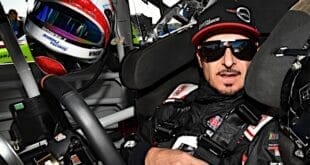 NASCAR 101: Meet the Drivers Making Their Season — or Series — Debuts at the Daytona Road Course 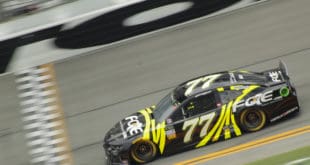