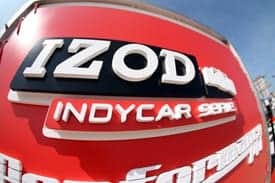 If you’re not paying attention to IndyCar, you better start.

Watch out NASCAR, there’s a new kid on the block. Some may know them as the IRL, some know them as open wheel racing. Hell, some may still think of the series as CART. Regardless, the IZOD IndyCar Series is starting to grow itself right into the most competitive racing series in North America.

Ratings are up for the IZOD IndyCar series this year, as close competition and lively broadcasts draw in new fans.

Since Randy Bernard took over as chief operating officer of IndyCar a little more than a year and a half ago, the attention the series has received is on the rise.
Bernard’s number one goal when he took over the reins from founder Tony George was to increase the exposure of the series to not only fans, but media and other potential partners.

So far, he has accomplished just that.

Beginning next season, two new engine builders in Chevrolet and Lotus will be entering competition. As of now, all teams and cars use Honda engines and Dallara bodies.

The 2012 cars are also going to be changing. There will be one standard chassis, but the body styles will change depending on the race track. The new cars also add in additional safety, one of the only major downfalls of the series as of today, and are also expected to be friendlier to the budgets of the teams.

On the sponsorship side of things, very few cars come to the track without a sponsor. In fact, all of the sport’s regular teams have close to full sponsorship. The series has also started what appears to be a long-term partnership with series sponsor IZOD.

Bernard then took things one step further, introducing a change to double file restarts this year that have far and beyond erased any notion that this is a series for white collar drivers. Drivers are racing for the lead, making contact and creating rivals more often.

IndyCars don’t just race single file anymore. There is a battle for position on the race track somewhere. Adding into those battles is the “Honda overtake assist.” This magical button on the steering wheel not only gives the driver extra horsepower, but an additional portion of the strategy game. For those unaware, drivers don’t get to just hold down this button. The number of presses, and the frequency with which the overtake assist can be used, is limited. It varies by race, but it’s generally around 20 presses with a limit of 10-seconds in between each press. The assists give around 200 extra rpms – roughly five mph – and can be used to leap ahead, or stay ahead. The assist is often active for around 15 seconds.

Another plus with the IndyCar Series doesn’t have much to do with the series itself. The truly great product that is being put on the race track is being translated to those watching at home.

The schedule is split between ABC and VERSUS, with VERSUS broadcasting 12 races and ABC broadcasting five each season.

Even those in NASCAR know about ABC’s and VERSUS’ “Non Stop” coverage during national commercial breaks. But the quality of coverage from these two broadcasters goes above and beyond that.

One of the major downfalls of NASCAR’s TV coverage starts in the truck. The camera crew often gets the shots and the audio of the track is always well done. But those who decide what shots get placed on the television screen often make poor decisions that leave NASCAR fans scratching their heads.

From there, we move to the announcers, both in the booth and on pit road. The two groups just don’t seem to work well together in NASCAR. Many pit road penalties and mistakes go unreported. Even more annoying is the multiple times that a story isn’t followed throughout the race. Often, a story is started earlier in the broadcast and by the time the post-race show is over, it was never finished. You’re left hoping one of the NASCAR reporters through one of many NASCAR websites or a social media website ties that story up, otherwise you’re left wondering, “What happened to so-and-so? Did they ever fix his car?” Or “Wow, last time I looked he was 20th, how in the world did he finish 10th?”

There were several prime examples during the last race in Toronto, and so far this entire season. One of the greatest of these examples came on the final round of pit stops in the race. After a driver earned several spots on pit road during a round of stops under cautions with an especially speedy pit stop, the announcers in the booth speculated that the driver’s team may have “short fueled him” (not filled the tank all the way up) to gain spots on pit road. At the time, it was determined that a tank packed full of ethanol was necessary to make it to the end of the race.

Once that speculation was made, a dedicated pit reporter went over to the team to get the story. Less than a minute later, it was determined that the driver had made fewer circuits than the other drivers since his last stop, and therefore didn’t need to spend as much time fueling as the others.

I can’t help but think that FOX, TNT or ESPN would have left me thinking the team was gambling and needed cautions to make it on a tank that was not completely full of fuel.

TV ratings have been on an overall increase for VERSUS so far this season, a 21 percent rise over 2010 on the network, in fact.

With the momentum the series has been building since the astonishing, first-ever IndyCar Series night race at Iowa Speedway, the series took full advantage of a Sunday free of the competition from NASCAR to record the highest rated broadcast on the VERSUS network in its history with the IndyCar Series.

The .41 the series received on the race isn’t anything spectacular by itself, the lowest rating a Cup Series points race has received this season so far was Michigan at a 2.26. However, VERSUS is only available in a little over 75 million homes compared to TNT’s reach of over 100 million.

The IndyCar Series is on the rise, both in the media, in its fan base and in its quality of racing.

It’s certainly the best racing series you aren’t watching and a series worth of moment of your time to watch at least just once.

On the side of the IZOD IndyCar Series haulers that roam the country – and the world – from race to race – they proudly proclaim that the IndyCar Series is home to the “Fastest Drivers in the World.” And that’s a fact, Jack.

The series is also the home to today’s best racing and many of today’s best drivers. Yes, these are completely different cars than the not so stock “stock cars.” Beyond the style of the body these cars are also more technically inclined. But they are still cars with racers at heart driving them. And the cars and drivers are pulling up to NASCAR’s rear quarter panel, and the IndyCar Series is on the overtake assist.