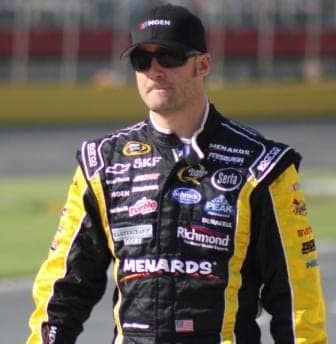 Paul Menard has the support of his owner, but speculation continues over his controversial spin at Richmond that set up a victory for Kevin Harvick.

*9.* “There are some normal things that you can do in life too, I hear. Hopefully we can experience some of those.” – Kevin Harvick on the reasoning behind closing KHI

*6.* “Our team is only comprised of four cars.” – Jack Roush, Rick Hendrick

*2.* “I think we were discussing the weather. Talking about how it was a pretty warm day out there today.” – “Ricky Rudd In Fall, 1989”:http://www.youtube.com/watch?v=GSi3gQ3_sZo

*1.* “There were no team orders despite all the speculation in the media. I know Paul Menard well enough that he wouldn’t have spun out on purpose even if he had been asked.” – Richard Childress