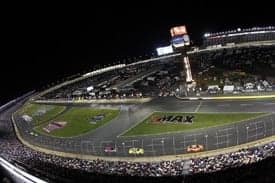 My respected colleague and friend, Amy Henderson, recently penned an ‘Open Letter to Race Fans’. It is an excellent article and eloquently states her point. It is, however, in my opinion based more on emotion and fails to take into account a few points of reality.

Let me start by saying that this is in no way an attack on Amy. It is just a different perspective of the same event.

Yes, there will always be a small element of so called fans that will actually cheer for someone’s demise. That percentage has to be less than one percent, but there are people out there that are, well, just plain a-holes. No other way to put it. The reality is however, even if they do celebrate such an event, being such a small number, it’s not likely you will hear them unless you are in their vicinity.

There is also the possibility that, if they did happen to get your attention, it may be because the rest of the true fans were in a brief state of stunned silence at the magnitude of the crash. Just saying.

The next thing you must consider is technology, human nature and the concept of sport itself.

That enormous TV screen out in the distance at Charlotte Motor Speedway gave fans an almost instantaneous confirmation that Jimmie Johnson was OK following his wicked crash Saturday night.

It is an automatic reaction when watching a sporting event to cheer when something bad happens to the opponent. You cheer the moment a quarterback gets creamed by an unchallenged blitzer. You cheer when someone is violently checked in hockey, so on and so forth. It is an automatic and expected response. Racing is no different. You do not, however, know at that moment if that person is hurt or not. Sure, no wishes for that person to be hurt, you are just cheering because your team or driver now has a better chance. Which brings us to technology.

In the case that Amy is talking about, JJ’s wreck in last Saturday’s race, if you watch the “video”:http://www.youtube.com/watch?v=rUYpCEFgU-E/, you see Jimmie spin, you see Jimmie hit…and you also see that Jimmie is steering the car! Now, cut to ‘in-car camera’! You see that Jimmie, while perhaps shaken, is in control and appears to be OK. If you are listening on a scanner, you hear communication (if tuned to their frequency). All good signs.

“But the fans aren’t sitting at their TVs to see all this,” you say. Wrong! They are watching all this on the tracks new ‘Planet’s largest HD television screen’ that the speedway installed in May. As anyone who has attended a race knows, to see what REALLY happened, you look at the big screen! As the video shows, this all takes place mere seconds after Jimmie hits the wall.

In those few seconds, you see that while yes, it was a very hard hit, Jimmie is alive and seemingly doing OK. Which all boils down to this; yes, people do die driving racecars, but they also occasionally die in most other sports as well, with the possible exception of curling. But to equate the Sunday wreck of Dan Wheldon to JJ’s wreck Saturday night is like apples to oranges. Some wrecks are grossly and obviously more severe than others. When one like that occurs, the true fans can tell or sense it. In fact, your first thought is one of OMG! Thanks to the technology of today, we could see almost instantly that Jimmie was OK. On the other side of the coin, you can tell almost as fast that Dan Wheldon was not.

Take heart fans, 99.9 percent of you are good people. There are not as many bad ones as Amy’s article may suggest.

(And don’t pick on Amy too hard. She is good people too and entitled to her opinion just as anyone else!)