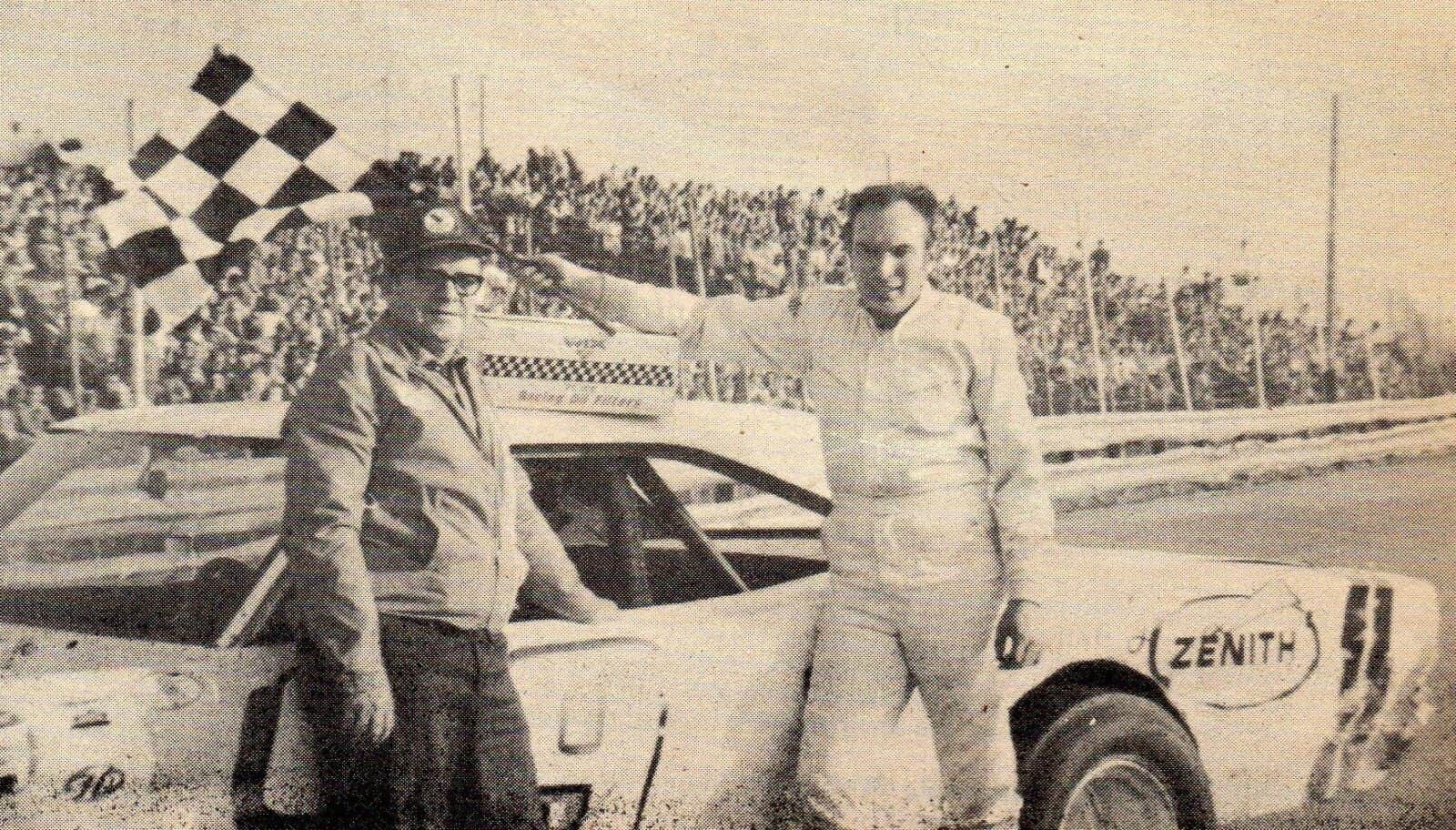 Howie Scannell won the “Wild One” at Flamboro.

It was simply called “The Wild One.” Back In The Day, Flamboro Speedway in Millgrove and Pinecrest Speedway in Toronto were home to some of the best racing in Ontario. October 13, 1969 would be the last race of the year and it was a challenge, Flamboro drivers vs. Pinecrest drivers. All the big names were there and some of the drivers on the Flamboro team were track champion Howie Scannell, Earl Ross, Doug Warnes, Tom Cuzzilla and Don Biederman while Pinecrest sent their best including Jack Cook, Norm Lelliott, Vic Parsons, Ross Howes and Jim Hallahan.

The event would consist of heat races, a consi, a 10 lap challenge race and a 40 lap feature challenge event. The winning team would be determined by a points scheme in the feature event. The starting field consisted of the first seven from each of the three heats and the first three from the consolation. Pinecrest had the edge in heats with victories by Howes and Cook in the first and third heats with Scannell winning the second. Doug Warnes won the consi. The 24 starting positions showed how evenly matched the tracks were as 13 positions went to Flamboro and 11 went to Pinecrest. Prior to the feature a 10 lap challenge race was held with two teams of five cars. The Flamboro team consisted of Howie Scannell, Jim Shipway, Tom Cuzzilla, Tom Jones and Walter Zavitz. The Pinecrest team was made up of Jack Cook, Ross Howes, Charlie Greenlaw, Jim Hallahan and Rick Batters. The Pinecrest team won the battle as Ross Howes led all the way for the win but when all was said and done, they would loose the war.

In the Feature race all eyes were focused on the two track champions, Jack Cook and Howie Scannell. The two waged a classic battle all race long trading paint and exchanging the lead three times and after the race both drivers expressed the mutual respect they had for each others racing abilities. By the mid point of the race the two were waging a three abreast battle with another Flamboro favorite Bruce Van Dyke. Except for a few laps while they were separated in lapped traffic, Scannell and Cook were never more than a car length apart while Van Dyke and Ross Howes were never far behind, waiting for the two leaders to make a mistake. When the checkered flag flew Scannell was able to hold off Cook for the victory and the Flamboro drivers outscored the Pinecrest drivers by a score of 103-92 and crowned champion.

The official top 10 finish was, Scannell the winner, Cook second, Van Dyke third, Howes fourth, Tom Jones fifth, Rick Warnes sixth, Lloyd Howard seventh, Rick Batters eighth, George Rueffer ninth and Jim Hallahan tenth. The “Chief” Howie Scannell showed visiting Pinecrest racers how he won the 1969 Flamboro championship with a heat win, a second in the 10 lap challenge race and a victory in the 40 lap feature race, undoubtedly one of Scannell’s most impressive days on track. It truly was a “Wild One.”

Randy Spencer writes for www.ontariooval.com and does historical stories from time to time called Back in the Day. You can see more of his work on Ontario Oval.