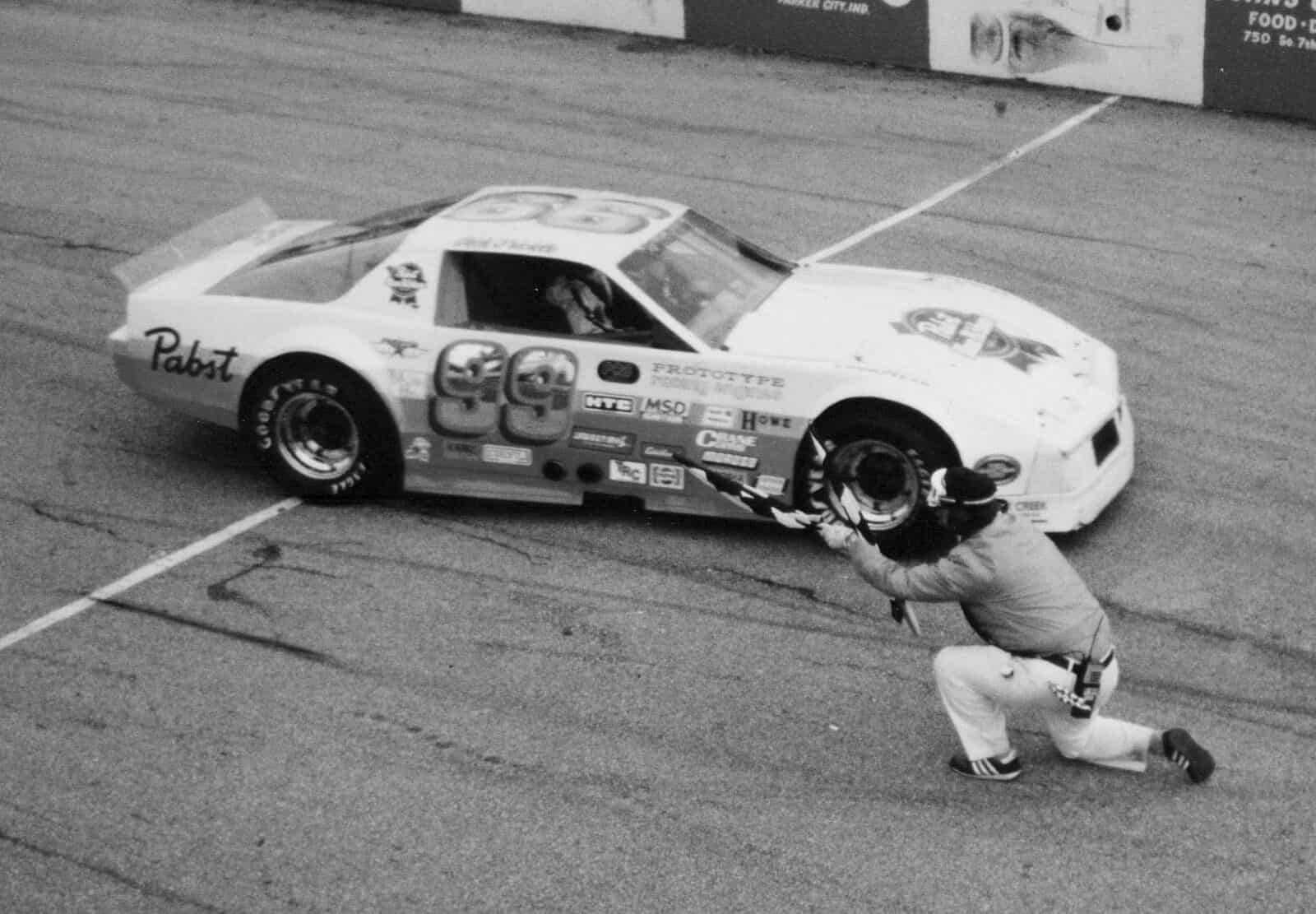 J.E. Dugan comments, *“I guess if you cause five incidents during a race it makes sense to divert attention by criticizing another driver, even if he’s a champion and you’re not. Not cool, Brian!”*

I noticed on Monday that Brian Vickers said four of those Martinsville incidents weren’t his fault. I can’t attest to that, only having seen them (or parts of them) on the telecast. However, almost every racetrack where I’ve ever worked, including the short track I am now involved with, has a limit when it comes to causing caution flags in the same race. In most cases, ours included, it’s three. After that, the black flag comes out and you have a long talk with an official in the pit or garage area.

Somebody else observed in print that Junior may have hit as many people as Vickers did, but I’m not sure how many cautions Junior caused. I did like Junior’s comment after the race that more short tracks should be a part of the schedule. Some of us have been saying that for years.

I got another question by phone, from somebody wanting to know *if that 15-car accident at Las Vegas was the biggest in IndyCar racing.*

I’m sure it’s not, because I was watching the start of the Indy 500 in 1966, when 16 cars were involved. Eleven of those got back in the race, including those driven by Mel Kenyon and Gordon Johncock, who went on to finish in the top 10.

If I’m not mistaken, that was the day A.J. Foyt cut his hand climbing the wheel fence to get out of the way after his car came to a stop. This was before wheel tethers, of course, and one of the best descriptions of the accident I heard came from John Marcum, who saw it on closed-circuit TV and said the wheels were flying like popcorn.

On a personal level, I’d like to pass on a slightly belated “Happy Birthday” to Dick Trickle, who reached the milestone of 70 years within the past week. Dick was one of the best stock car drivers I ever had the pleasure to watch, or to wave a flag over, and not so incidentally became a very, very good friend.

He also came up with one of the best quotes I ever heard, used on a commercial – “Going 180 miles an hour, that’s no problem. Now, when you have to turn around to go the other way, that can be a problem.”

He and I got to be friends while I was with ASA, and it started the moment we met. It was at Winchester, Ind., as I recall. He walked up and stuck out his hand and told me who he was. Without thinking (as I’ve been guilty of many times), I shook hands and responded, “Is that a name or a condition?”

For some reason, he laughed, and then said it was one of the few lines about his name he hadn’t heard. Of course, I’d heard about him, and I wanted to know if he was for real. I found out he was.

And I found out that, yes, he was a hard-partying throwback who would have been right at home traveling a racing circuit with the likes of Curtis Turner, Joe Weatherly, and others. People have frequently asked me if I ever partied with Trickle. I have to admit I didn’t.

Oh, I tried several times, but just couldn’t measure up – and I thought I was pretty good in those days. As a matter of fact, when somebody tells me I don’t look like I just turned 73, I tell them there was a time when I drank a lot of preservatives.

One of my experiences with Trickle proved just how good a friend he was, and got me out of a jam. It was at Milwaukee, and I had hopped into somebody’s Corvette for a spin around that mile track. I didn’t even go very fast, but in the middle of the backstretch I looked in the mirror and saw a police car with a flashing light on it coming up behind me.

To my dismay, I soon learned that there was apparently a state law in Wisconsin that prohibited driving a car on a race track when there wasn’t an event going on. I also found myself in the state fairgrounds police station, where I was informed that I would be held there until a court date on Monday unless I came up with bail money.

Now, I didn’t have the amount they wanted, and at the time I was a weekly newspaper editor. Not getting home on Sunday night would have meant I would be unemployed by Monday afternoon. My son, Matt, took off for the pit area to look for help.

After what seemed like hours of waiting on that bench, in walked one of Trickle’s crewmen, informing me that he had instructions to bail me out. Matt said later that nobody else had indicated an interest in my problem.

Years later, when he came to IRP for a NASCAR Busch Series event and I mentioned the incident, he said, “If I thought you had deserved it, you’d still be sitting there.”