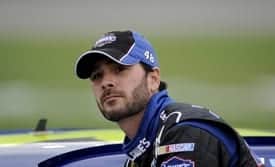 Some fantasy owners tabbed Talladega as the wild card, or biggest unknown in the 2011 Chase. Others labeled it as Martinsville. They all may have been wrong because this year it could be Phoenix. The second-to-last race in The Chase will not only be intriguing this season because of the championship battle brewing between *Tony Stewart* and *Carl Edwards*, but also because of the reconfiguration of the track.

The frontstretch was widened, the dog-leg on the backstretch was pushed out and variable banking was added in the resurfacing project among other things.

The new track surface and variable banking in the corners are the most significant change. It was done to promote better side-by-side racing, but will that be the case Sunday? The biggest question for fantasy owners is will the drivers who dominated Phoenix before the changes still be at the top of the leaderboard after them? I suspect they will. There have been a number of changes to the facility, but it still a relatively flat 1-mile track. There is an unknown about Sunday’s race, but remember it is still Phoenix. Don’t set your lineup strictly by test and practice speeds. Rely on guys who have past success in the desert.

*Jimmie Johnson* hasn’t finished outside of the top-5 at Phoenix since April of 2006. In that race, he was seventh. An even more astounding stat can be found in his lifetime numbers in Arizona. In 16 starts, he has an average finish of 4.81 and has led 876 laps, more than any other driver. It would be crazy not to have Johnson as the lead driver in your lineup this weekend.

The configuration of Phoenix may have changed, but that doesn’t mean Jimmie Johnson’s dominance has as well.

Edwards’ resume doesn’t stack up well against Johnson’s, but neither does anyone elses. Edwards is a worthy top level choice for two reasons. The first is he dominated the race last fall and won, and appeared to have a very fast car in the spring before a bonehead move by *Kyle Busch* knocked him out of contention. The other reason to pick Edwards on Sunday is because he is clutch. The No. 99 has top-10 finishes in 10 of the last 11 races. Edwards was 11th at Talladega.

*Ryan Newman* picked up his first victory for Stewart-Haas in the spring of 2010 and has shown positive results since. Newman has been second and fifth in his last two starts. His average (8.8) is the third best over the last five races.

Only five drivers have top-20s in the last five races at Phoenix. Johnson, Martin, Newman, Busch and *Martin Truex Jr*. The last name on that list might surprise you. Truex has only come up with so-so finishes of 14th and 15th in has last two starts in the desert, but had four top-10s in his time with Dale Earnhardt Incorporated at the facility. Truex Jr. and Michael Waltrip Racing finally seem to be clicking as of late. He has put together top-10s in three straight races for the first time since joining the team and I wouldn’t be surprised to see that streak extended.

There aren’t a whole lot of viable choices for low-level drivers out there this weekend. *Casey Mears* was 18th in the spring though, and has a pair of top-15 results at the track while driving for Hendrick Motorsports.

*Greg Biffle* has placed outside of the top-10 in three of the last four races at Phoenix. He has top-10s in only five of his 15 starts there, which doesn’t measure up well against other top level drivers. With drivers like Johnson and Edwards available, it doesn’t make sense to bet on the No. 16.

*David Reutimann* is going to be hungry to impress potential employers in the next two races, but Phoenix isn’t the best venue for the Michael Waltrip Racing driver to do that. In his last three starts, Reutimann has been 29th, 26th and 20th.