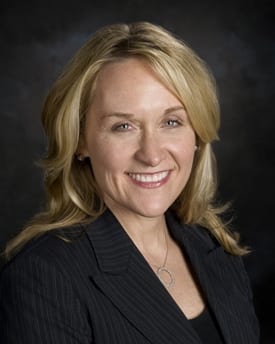 With just one race remaining to decide each of the three National Championships, the action on-track at Homestead-Miami is sure to be compelling this weekend. But as the year winds down, the activity is not limited to the on-track action as the sanctioning body gears up for a busy offseason. Just this week, NASCAR hosted its first ever Green Summit and hired Kim Brink as Managing Director, Brand and Consumer Marketing – a key appointment to help deliver on the sport’s five-year strategic plan. Brink began her duties with NASCAR this week and will report directly to Steve Phelps, NASCAR Chief Marketing Officer.

Kim Brink joined NASCAR this week as its new Managing Director of Brand and Consumer Marketing.

“Brink is a proven leader and innovator with more than 20 years of brand marketing, advertising, promotions and research experience and we believe she will make an immediate impact and figure prominently into the future vision for this company,” Phelps said. “In addition to being the steward of our brand, she also will help NASCAR penetrate new segments and play a critical role in developing and rolling out our strategic plan.”

Brink joins NASCAR from General Motors Corporation, where she helped lead the transformation of a pair of iconic global brands — Chevrolet and Cadillac. In her last position, as Executive Director of Advertising and Sales Promotion for Cadillac, Brink led a team responsible for reinvigorating the division and increasing its retail sales by nearly 40% in the United States, solidifying the make as the fastest-growing luxury brand. Also during her tenure at GM, she helped conceive and launch multiple, award-winning creative platforms and developed powerful branded entertainment and sponsorship alliances.

As head of the NASCAR brand and consumer marketing group, Brink will focus her efforts on helping to achieve upon the vision of the company’s five-year strategic business plan, which was developed and introduced following a NASCAR-commissioned year-long study by Taylor. The plan includes five core components which are as follows:

For Brink, the new role has a wide remit, but her experience as General Director of Advertising and Sales Promotion with Chevrolet and in particular, her responsibility across the automaker giant’s NASCAR efforts should help her hit the ground running. That should enable Brink to seamlessly integrate herself into the role as eyes turn to 2012, following the conclusion of the three on-track Championship battles this weekend.

Also this week, NASCAR held its first ever Green Summit for the industry at the Eden Roc Renaissance Hotel in Miami on November 17th. As described “in an earlier Sunday Money column,”:https://frontstretch.com/money/35634/ this is also the first year NASCAR is using ethanol fuel in its cars – Sunoco Green E15 (15% ethanol blend) to further reduce their carbon footprint.

The fuel is not, however, a new initiative: NASCAR Green is a comprehensive program created in 2008 to reduce the environmental impact of the sport. The program consists of careful coordination and partnership between the sanctioning body and the teams, tracks and official partners in the following areas: conserving the environment; creating American jobs in a green economy; and fostering U.S. energy independence. NASCAR and its many partners are committed to sharing conservation messages with fans. In fact, NASCAR is implementing various initiatives on and off the racetrack that demonstrate this dedication across three categories: Waste, Emissions and Power.