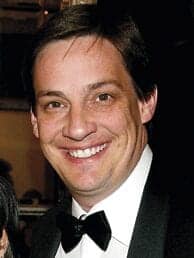 On Monday, it was announced that NASCAR’s Senior Vice President and President of NASCAR Media Group Paul Brooks will be moving on from the company as of May 4th. Brooks, just 47 years old, has been with NASCAR for 19 years, first entering the business of racing in 1989.

In a statement from NASCAR, it is said that Brooks plans to focus on a variety of personal and outside business activities.

“I have big ideas and interests that I’ve always wanted to explore and my decision to make this transition now has been well planned,” said Brooks.

What is next for NASCAR, and who might be the replacement for the man that handles the day-to-day responsibilities for the sport’s Charlotte, North Carolina offices? It was there that Brooks helped develop NASCAR’s multi-billion dollar television and media agreements with FOX, NBC, Turner, NASCAR TV on SPEED and ABC/ESPN. He launched a 24-hour satellite radio channel with NASCAR Radio, making NASCAR the first professional sports league with 24-hour satellite access. Perhaps most importantly, Brooks was also a member of the team that brought Sprint-Nextel in as title sponsor of the top series, securing top-level funding after R. J. Reynolds left in 2003.

Such success has not gone unnoticed. Brooks has been listed in the prestigious _Sports Business Journal_ “Forty Under 40” list for powerful young executives three times. He entered their “Forty Under 40 Hall of Fame” in 2005. By and large, those in the know within NASCAR acknowledge he’s one of the brightest young minds in the company.

From cigarettes to cell phones, former NASCAR Senior Vice President and President of NASCAR Media Group Paul Brooks helped bridge the past to the future as NASCAR went national in 2001.

These accomplishments sound like part of a resume of someone who would be nearly impossible to replace. But the “well-planned choice” doesn’t quite make sense to me. It all stinks as something that was not exactly planned by Brooks himself, as he wasn’t quoted as saying who or what ultimately triggered this decision. Maybe it was brought on with a little urging by NASCAR, as they try to advance in the digital media age of the sport?

After all, it was just a year ago that NASCAR realigned executives and stripped Brooks of many of his responsibilities. Coincidentally, NASCAR and Turner Sports have recently restructured and extended their digital media partnership; by 2013, NASCAR will have full control of its own online content. Is it possible that higher-ups are looking for new blood to improve digital media, all while negotiating the upcoming 2014 mega-billion dollar television contracts and streaming of live video and radio to the company website?

Based on Brooks’ past achievements, he has been a valued member at the boardroom table when negotiating deals, able to successfully run the business end of things in Charlotte, as well as Los Angeles. But with television ratings continuing to decline over the last few years and changes also occurring within the TV and digital media side of the business, maybe it really is an opportune time for a parting of ways with new broadcasting contracts on the horizon?

Perhaps there will be a promotion from within, such as former NFL executive Steve Phelps, current NASCAR Chief Marketing Officer. They may also consider former general manager of NBA TV Steven Herbst, NASCAR Vice President of Broadcasting and Global Media Strategy, or Marc Jenkins, NASCAR Vice President of Digital Media. But more than likely, NASCAR will be looking for someone on the outside that can be lured to Charlotte for the right price; most likely, somebody with a cache of advanced degrees and an impeccable resume. After all, Brooks’ LinkedIn profile lists Lynchburg, VA’s E.C. Glass High School as his education.

Not exactly the pedigree to be dealing in multi-billion dollar negotiations.

This past Monday, NASCAR posted a job opening for Managing Director, Digital Media to head the development and launch of the new NASCAR.com platform/experience. Tuesday they posted an opening for Director, Products and Mobile to direct overall strategy and future road mapping. This leader will also play a significant role in the integration of new applications and site redesigns. I think behind the scenes, though NASCAR is looking for much more than these two positions to replace Brooks and what he has been doing for the company.

NASCAR Chairman and Chief Executive Officer Brian France is on the record as saying about Brooks, “We are grateful for his years of dedicated service, support his decision to pursue other interests and wish the very best to Paul and his family. He will be greatly missed.”

NASCAR President Mike Helton added, “I have great respect for Paul and look forward to continuing our professional relationship, but more importantly, our friendship.”

Those comments make it sound to me like it’s nothing more than a business decision, and not anything personal towards Paul Brooks. Hopefully, Brooks feels the same way. He has since been unavailable for comment, and has not responded to questions following the announcement.