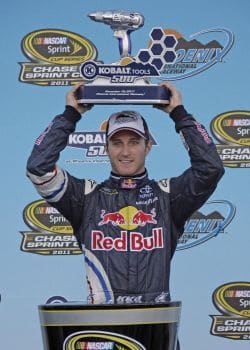 _Did you see all of the race action this weekend? Or, like lots of busy fans, did you miss a late-night adventure, a Friday controversy, or a juicy piece of news? If you did, you’ve come to the right place! Each week, The Frontstretch will go inside the competition, series by series, to bring you the biggest stories that you need to watch during the upcoming week. Let our experts help you get up to speed with Pace Laps!_

*NASCAR Sprint Cup Series: Can Kahne Turn it Around?* It’s not a likely scenario, perhaps, but it bears watching in the next few races: Kasey Kahne, in a Hendrick Motorsports car, is closer to having to qualify on speed than he is to the top 10 four races in. Kahne’s luck in 2012 has been terrible; if not for bad luck, he really would have none at all. In four races, Kahne has finishes of 29th, 34th, 19th, and 37th in the No. 5 Hendrick Motorsports car. This week at Bristol, Kahne triggered a multi-car wreck after he was cleared by his spotter before he was clear on the track and moved up across the nose of Regan Smith. Whoops.

Many have said for years the No. 5 is an R&D machine; I don’t believe it, but right now the critics are having a field day. Kahne’s results have been abysmal, despite a pole at Las Vegas and there’s little to no light at the end of the tunnel. A little perspective: teammate Jimmie Johnson, who went into Phoenix with a 23-point _deficit_ after a Daytona penalty, is 15 positions higher on the points chart than Kahne.

Kasey Kahne traded his Red Bull firesuit for new Hendrick Motorsports duds, but bad luck has plagued him so far in 2012.

How bad is the bleeding? If Kahne can’t staunch it next week in California, he could be facing a Martinsville weekend where he could have to qualify on speed. Kahne’s No. 5 sits 34th in owner points leaving Bristol, just seven ahead of the 36th-place No. 10 of Tommy Baldwin Racing. While there’s no reason Kahne can’t put the last four races firmly in the rear-view mirror starting in Fontana, it’s worth paying attention to the driver’s fortune over the next several weeks. Before Kahne and his fans can even begin to talk Chase, they need to talk a complete reversal of fortune. After all, you can’t even have a chance to make the playoffs unless you’re inside the top 20. – _Amy Henderson_

*Izod IndyCar Series: 2012 Starts With a New Car Thanks to an Old Friend* The Izod IndyCar series will kick off the 2012 season with the Honda Grand Prix of St. Petersburg next Sunday. The race will mark the debut of the new DW12 chassis, the first new car for the series since 2003. Named in honor of Dan Wheldon, who worked with manufacturer Dallara last year on much of the early testing and development work before his death in the IndyCar season finale at Las Vegas last year, the new car is designed to be safer than the old model.

The most visible difference to fans will be in the rear of the car, where the sidepods have been extended outward and over the back wheels. Body work will also extend over the wheels in the back, although it is still an open-wheel car. The goal of this new design is to keep cars from making rear-wheel contact with one another and also to keep them from running over cars in front and getting airborne as easily as the older model did. Teams have been eagerly testing the car since early February to learn the new characteristics and feedback has been positive.

Chevrolet and Lotus will join Honda as engine manufacturers, the first time since 2005, when Chevrolet and Toyota left the series that there will be competition. Add to that the combination of the new car, putting teams and drivers on a level playing field to start means that everyone is hoping for a very competitive season for the IndyCars.–_Toni Montgomery_

*NASCAR Nationwide Series: Casey On The Bench?* Two weeks ago, it was reported that Casey Roderick was stepping out of the No. 08 ride due to a lack of sponsorship, and that the full-time campaign planned by Randy Hill Racing for the 2012 season was in jeopardy. Yet, two weeks have passed… and instead of the No. 08 start-and-parking, as was assumed, Kyle Fowler has gotten behind the wheel and gone the distance at both Vegas and Bristol with the team. While the future of the former Bill Elliott development driver certainly looks less stable now that Fowler has kept the RHR machine racing, the same can’t be said for the No. 08 team.

Tayler Malsam (pictured), currently driving for Tri-Star Motorsports is one of several drivers who have used a sponsor to earn themselves a ride in one of NASCAR’s top three divisions in recent years. Will Casey Roderick be the next casualty of that?

After all, Randy Hill Racing comes from the ARCA ranks, meaning they know full well how to operate in a culture that’s more and more becoming dependent on drivers with their own checkbooks funding the efforts. For example, JD Motorsports’ second team was that in name only this weekend, with the local Don Henderson racing effort providing the hauler, pit crew and equipment for the past weekend’s race. Kenny Wallace’s future in the No. 09 car is in jeopardy from unnamed “rich kids” even though he finished seventh in points a year ago.

Rent-A-Ride is nothing new, and honestly there’s nothing wrong with it. This sport has always had a business element, and part of getting the privilege of racing for a living is being able to pay for it, or find others willing. This isn’t a meritocracy. Besides, as even longtime underdog Brian Keselowski has repeatedly told this site, NASCAR is a free enterprise. No one can be stopped from showing up short of pulling a Jeremy Mayfield.

Still, the Roderick situation does have some distressing elements to it. The driver the team committed to developing last year did say publicly he feared for the future of the team’s efforts. That same team has seemingly dropped said driver only three weeks into the season, even after fielding him in a number of unsponsored race cars last Fall. And there is the larger issue of one of the few new teams to arrive in NNS Racing already seemingly reliant on race-by-race checks from their driver to keep on competing.

*Short Tracks: 2012 Season Heating Up Around the Country* The inaugural Carolina Crown at Lancaster Speedway was postponed until April 7th thanks to bad weather, while the UARA kicked off their season with a 150-lap race at the “Birthplace of NASCAR Stars,” Hickory Motor Speedway. Ronnie Bassett, Jr. started on the outside of the front row and eventually prevailed over polesitter Andy Mercer to start off the 2012 season in winning fashion. Dale McDowell drove his Late Model into Victory Lane at Volunteer Speedway in Bull’s Gap, Tennessee Saturday for Dillon Racing. Joey Coulter was also at Volunteer with his Crate Late Model and scored another win for a driver with ties to Richard Childress Racing.

Mobile International Speedway hosted its regular racing schedule this week, and Camping World Truck Series driver Max Gresham made an appearance in a Pro Late Model and took home another trophy for his collection. The USMTS modifieds were at Humboldt Speedway in Kansas this weekend for two Casey’s Cup Qualifiers, with Jason Hughes and Rodney Sanders taking the wins on Friday and Saturday night, respectively. Scott Drake and Nick Roberts were also winners at Humboldt, running in the USRA Iron Man Challenge races as companion events for the USMTS.

As the weather continues to warm throughout the U.S., more and more tracks are kicking off their racing seasons. Fans can get involved with racing at its roots by turning out at local tracks and supporting these local drivers. They’re the heart of the sport, either the future stars of auto racing or just people who love to race. These guys give race fans stories to watch for years to come… so don’t miss out. -_Mike Neff_