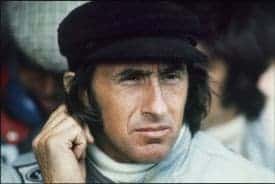 It was just the other day I was talking to a friend about the negativity surrounding our forthcoming Olympic Games in London and we fell to conversation about how we Brits are so categorically miserable when it comes to celebrating our nation. One of the things I greatly admire about you American ladies and gents is your unashamed joy in the positive things about your country. We could learn a lesson or two when it comes to melting away some of that British cynicism._

_So, with you having celebrated Independence Day recently, I thought I’d celebrate one thing we’re really rather good at – Formula One World Champions. In fact, so overcome with patriotism that, barring significant incident at this weekend’s German Grand Prix, I’ll be splitting this column across the next two Friday’s to make sure it’s being given the requisite attention by me. Currently Britain has produced 10 Driver’s Championship winners – with Brazil and Finland trailing far behind in second place with three each. So please excuse an unlikely bout of patriotic fervor as I unfurl the bunting and present you with the 10 Brits who have done us proud in the sport by carrying home the ultimate trophy…_

Having lived in Farnham, Surrey for a part of my life, I have always maintained an interest in the exploits of Britain’s first ever F1 World Champion and fellow Farnham-ite Mike Hawthorn. When you drive along the Hog’s Back road from the town toward Guildford you follow Hawthorn’s last fateful journey where in 1959 the testosterone flowed a little too freely as he raced on the road alongside a Mercedes Benz, desperate to beat the German made car in his Jaguar. Sadly he spun at full throttle, bounced off a lorry and folded the car around a tree, claiming his life.

Hawthorn started only 45 Championship Grand Prix and won three of them, putting him level in the record books with rather lesser talents such as Thierry Boutsen and Heinz-Harald Frentzen. A man of the times – a womanizing, hard partying tough guy, the statistics in their naked form look a little forlorn for a champion, but the reality of what lies behind those bare facts belie a rare talent. Hawthorn became the first British driver to drive for a continental works team for 16 years when he signed for Ferrari in 1953 where he won the French Grand Prix, beating Fangio on pure speed and celebrating the victory, as was the way of Hawthorn, by fathering a child that night. Another win followed for the Italian marque in 1954, despite carrying severe burns from a previous crash before Hawthorn signed for Vanwall and Jaguar the following year. His title year of 1958 had seen him once again with Ferrari and was achieved more through the steady accumulation of points rather than dominance, but darkened and troubled by the trauma of losing many friends on the racetrack over the previous years, Hawthorn announced his immediate retirement from the sport.

To a great many, the quintessential Englishman, Hill is still the only man to have won the F1 World Championship, the Indianapolis 500 and Le Mans, the “triple crown” of the sport. Alongside this incredible motoring achievement Hill also amassed five wins at Monaco back in the days where safety was more or less just a passing concern, and where the palms of the hands would take a pounding through the multiple gear-changes. Despite this, Hill (much like his son Damon) was always seen more as a solid, reliable and determined driver, rather than having the more outrageous gifts of a Jimmy Clark or Senna. Some sportsmen however transcend their ability through force of personality and character – to continue the British theme, think of the likes of footballer David Beckham or a boxer such as Chris Eubank. Hill fell into that category with his pencil mustache and famous helmet, painted the colours of the London Rowing Club for whom he competed between 1952-54, and just his…well…Britishness.

Hill sadly died when the aeroplane he was piloting, carrying five other members of his racing team crashed in the fog near a golf course in North London. It seems incredible now, in an era where drivers are being schooled in karts almost before they can walk, to consider that Hill did not pass his driving test until the age of 24. In 1960 he joined the BRM team and won the championship with them in 1962 and his second title in the fast but fragile Lotus 49 six years later. With 14 wins from his 176 Grand Prix, Hill was such a well regarded and popular figure, that one of the most famous corners at the Brands Hatch circuit is named after him. A Great Brit indeed.

Still regarded by very many as the finest natural talent ever to grace the sport of Formula 1, the facts in this case bear some kind of witness – 72 Grand Prix, 33 Pole Positions, 28 Fastest Laps, 25 Wins, two World Championships. “Jimmy” was widely regarded as polite, humble and ferociously quick. Born into a farming family from Fife in Scotland, Clark went against his parent’s wishes to start racing in local rally and hill climb events. Competing for the first time in 1956, Clark’s talent quickly showed to the extent that in 1958, in a turning point, Clark raced a Lotus Elite against a certain Colin Chapman, the owner of the Lotus F1 team with whom Clark would become synonymous. Chapman was suitably impressed to give Clark a position in his Formula Junior cars and then competed for the full F1 team for the first time at the Dutch Grand Prix in 1960. In his second Grand Prix at the treacherous (and wonderful) Spa Francorchamps, two drivers were killed and Clark admitted to being scared stiff throughout the race (despite finishing in fifth place).

Clark’s first championship came in 1963, driving the Lotus 25, where he managed to win seven of the ten races that year. In the same year he competed at the Indianapolis 500 for the first time, finishing the race in second place and securing him a place in American hearts as well. That year, in a remarkable performance at Spa, Clark lapped the whole field apart from Bruce McLaren, despite having started in eighth position, and finished the race a full five minutes ahead. In 1965 he was to win the championship for Lotus once again whilst also winning the 500 (the first mid-engined car to win at the Brickyard).

Clark’s death in a Formula 2 race in Germany in 1968 was one of the great shocks in the history of the sport. Not because fatal accidents were uncommon at the time – quite the contrary – but because Clark was just so good that people found it hard to believe that he could crash like that in a minor event, deflating rear tire or not. A great loss and certainly a man who would have won many more races and championships had he been spared.

Another unique man for the statisticians, Surtees is the only man to have won both the Formula One World Championship and the Motor Cycling World Championship. Adept then on both four wheels and two, Surtees is the first of our British champions to still thankfully be with us today, and his continued presence at current race meetings shows his enduring love of the sport. His father, Jack, was a bike dealer who encouraged his son to take up the sport and he won his first motorcycle race at Brands Hatch in 1951 at 18 years of age.

Up until 1960, Surtees won the 350 and 500cc championships alongside both the junior and senior races at the fearsome Isle of Man TT. He made his competitive four wheel debut at the Goodwood track in the Formula Junior category where he was narrowly beaten by…..Jimmy Clark. Making the step up to Formula One in the same year, Surtees underlined his potential by finishing second in the British Grand Prix and pole position at the season ending Portuguese race.

It was in Enzo Ferrari’s team though that Surtees realized his ultimate success and, despite a fractious end to the relationship, he secured the title for the Italian marque in 1964. His F1 career could be said to have drifted somewhat following his departure from Ferrari though, and latterly became a constructor in F1. A quiet, introspective character, Surtees achievements on two and four wheels certainly stand up under the harshest scrutiny.

Three time champion Jackie Stewart is a familiar face to motorsports fans of all types around the world.

It seems fitting to end the first part of this installment with the great Scot, John Young ‘Jackie’ Stewart. We have Sir Jackie to thank for so much, not least his tireless campaigning for safety improvements in the sport, his continued involvement in all matters F1 and, of course, his remarkable three World Championship wins…..not to mention of course the fact he was Scottish, Welsh, English, Irish, British and European Clay Pigeon Shooting Champion!

Another man synonymous with a particular constructor, Tyrrell, Stewart first drove for the late Ken Tyrrell’s team in 1964 at a Formula 3 race in the wet at the Snetterton track. Astonishingly he took a 25 second lead within just two laps before winning his debut race by coasting home some 44 seconds in front. Having raced an F1 car for the first time later that year, Stewart signed with BRM for his debut season in 1965, finishing with three second places and taking third in the Driver’s Championship. In 1966 an accident at the wet Belgian Grand Prix found Stewart trapped in his overturned car with fuel pouring over him, soaking him both in flammable substance and fear. The marshals at the track had no tools to free him, and it took his teammate Graham Hill to get him out. That crash started Stewart’s drive for safety improvements both trackside and in the car itself, a passion that still burns within him today.

Stewart became the only driver to have ever won the championship in a French built car when he took the 1969 title in the Matra MS80 (and no, before you tell me off, the Renault that Alonso won the title in was built in Enstone….UK. I shall stop waving the flag shortly!) Stewart then moved to his ‘home’ at Tyrrell and proceeded to win the 1971 and 1973 championships with the team (despite having decided to retire at the beginning of the ’73 season). Haunted by the deaths of so many friends and compatriots, Stewart took an emotional victory at the Nordschleife in ’73 – as he so poignantly says, “when I left home for the German Grand Prix I always used to pause at the end of the driveway and take a long look back. I was never sure I’d come home again.”

A great driver and a great man, JYS concludes our first installment of Great Brits. See you in a couple of weeks…..