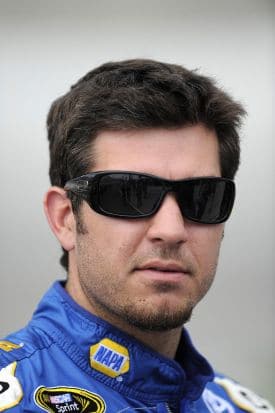 Here’s the thing about long road trips: you have a lot of time to think. You just don’t always have the luxury of thinking about something for a long time, because you get distracted by things like a slow truck in the passing lane, road construction, or your gas gauge. But really, all you have to really work on is fuel, food, and restrooms. The rest of the time is pretty much dead air. Which, for me, anyway, meant that I had most of the 15-hour (give or take) drive from Charlotte to New Hampshire and back to think about racing.

Granted, not everything I thought about was publication material, but I did have a lot of thoughts and observations on the ride, and some are worth sharing. They just aren’t enough for a complete column of their own because, well, I’m…easily distractable.

First, let’s just get this out of the way: yes, I have moments of racecar fantasy on the highway. From setting up the minivan in front of me for the pass to making it stick and looking for the next victim…yep, racing at its finest. You do it to. Yeah, I’m talking to you. You know you do it…

But seriously, there’s a lot going on in the racing world lately. From A and B samples to Silly Season and the Chase looming closer, there has been plenty to think about.

“Last Week”:https://frontstretch.com/ahenderson/40473/ I said that the time for making judgments about AJ Allmendinger’s positive drug test is not yet upon us, and I stand by that. We still don’t know what caused the test result, nor how much was in his system (nor, for that matter what the threshold really is). If we learn more after the B sample is tested next Tuesday, there will be plenty of time to crucify Allmendinger, Aegis Labs, NASCAR, or anyone else, depending on the result. But what was troubling at New Hampshire was the feeling of fear among many of the drivers because _they_ don’t know any more than we do.

It’s almost like that feeling of passing a speed trap on the highway. Even if you’re not speeding, you slow down a little and then check the rearview to make sure there are no flashing lights. That’s kind of how the drivers are feeling; even though they know they have done nothing wrong, there is a fear that something will turn up positive and cost them their reputations, their careers. The fear is natural and will likely fade as more facts are known about the Allmendinger situation. But a policy that advocates fear among innocent individuals has flaws.

On that note, I agree with Carl Edwards’ remarks from Loudon about the drivers pooling to have a second, independent laboratory test a split sample at the same time Aegis is testing for NASCAR. All that would require is that the samples be split three ways, with two samples going to Aegis as the A and B and the third going to the company the drivers retain. Because drivers can have a toxicologist present for any B sample test, this, if necessary, could be performed by Aegis with the expert from the drivers’ company on hand. This would provide not only an additional layer of testing, but a level of continuity if a positive result was returned because the same toxicologist could represent every driver. Plus, it would actually strengthen NASCAR’s position if both labs produced a positive result. Someone driving on a banned substance is, at best, playing with fire and at worst, a danger to himself and every other competitor.

Martin Truex Jr. currently sits in the top ten, poised for a berth in the Chase, something he has done only once before.

Thinking about the Chase this year, there could be some changes within the top 12…and that’s a good thing. Right now, Kasey Kahne and Kyle Busch hold the wild card spots, but that could easily change in the next seven weeks. Carl Edwards and Jeff Gordon need wins to get in-and either one could go on a hot streak. Joey Logano and Ryan Newman have a win apiece and are within striking distance of the others in points. Kahne hasn’t been in the Chase since 2009 and has never been a regular. Logano has never been in and Martin Truex, Jr., who is currently in the top 10 in points, has only one previous Chase appearance. A few new faces would be good for the sport for sure.

Actually, though, the Chase isn’t quite as set in stone as some would believe. While the principle characters are fairly static, only one driver—Jimmie Johnson—has made every Chase since 2004. It’s a more fluid system than some of the naysayers would like us to believe.

Is it just me, or is Penske Racing putting themselves in position to move Sam Hornish, Jr. to Sprint Cup next year? I know that’s been the plan, but with Penske signing Ryan Blaney to a partial schedule for the rest of this year (which is a good move, by the way; Blaney has shown outstanding poise and talent in his few starts this year), it sure looks like they’re auditioning Hornish’s Nationwide replacement. Most likely that will mean a third car-and if there’s sponsorship on the horizon for that, it’s a good sign for the sport as a whole. It’s also good for Hornish who, given the opportunity to learn stock car racing the right way, has shown vast improvement and deserves another shot.

NASCAR heads to Indianapolis this week for the Brickyard 400. I have a couple of issues with Indy. One, by moving the Nationwide Series from Lucas Oil Raceway Park to Indianapolis Motor Speedway, not only is NASCAR replacing one of the best races in the Nationwide Series with what is likely to be one of the worst, are they also cheapening the prestige of an IMS win by giving the Cup regulars a chance to get an IMS trophy in the Nationwide race? NNS entry lists for IMS won’t be available until next week, but want to take a guess on the number of Cup regulars that will be on it? There were eight at Loudon, so I think I’ll speculate that there will be 10 (almost a quarter of the field) in the field at the richer Indy event.

Speaking of Indy, it seems to me that when NASCAR went to the historic (for IndyCar) track, the money and the hype made some of the other traditional big races to win lose a little of their prestige. These days, drivers want the Daytona 500 win most of all, followed by Indy and then the Coca-Cola 600. Or at least that’s how it seems in the media. Once upon a time there was another race in that coveted spot-the Southern 500. After 500 miles of dancing with the Lady in Black in the blistering South Carolina sun on Labor Day weekend, the win was one heck of a feat. Winning at Darlington still is, but it’s so overshadowed by Indy, it’s easy to forget that a Southern 500 trophy once meant so much.

A track’s history and prestige come from the cars that race there and the drivers who conquer its confines. The men who made Indy great are open-wheelers, not stock car drivers. INDYCAR’s history is inextricable from Indianapolis Motor Speedway. NASCAR’s is not. For NASCAR, that track is Darlington Raceway. Even if the IndyCar Series could run there, it would be just another race..and that’s what IMS really is in NASCAR. NASCAR never needed to create a prestigious summer race, because they already had one. The best thing NASCAR could do for the sport and its fans would be to return the Southern 500 to its rightful date.

Finally a couple of observations from the road: One, why is it that the more expensive the car, the bigger the jerk driving it? The funny part about that is, we often wonder about that on the highway _and_ while watching NASCAR. And in both cases, it’s actually pretty inaccurate.

And I will say this: while having some choice words for New York not having a “Welcome Center” (read: rest area) on I-84 just as you cross the border from Connecticut like every other state does (heck, West Virginia has one for all 26 miles you’re in the state), I gained yet another measure of respect for drivers who race for hundreds of miles without a break. While I never understood why fans always ask the inevitable “what if they need to use the restroom?” question (The answer is pretty obvious to me. Driver has two options: hold it or don’t), the reality is that nature has to be distracting and uncomfortable at times and to have the level of concentration to block that from your mind for a long period of time is not an easy thing to do. Added to everything else a driver has to deal with over the course of a race, a distraction like that can’t be easy. It’s not easy on the highway, and we can stop anytime we want to. Except in New York state. They make you wait.