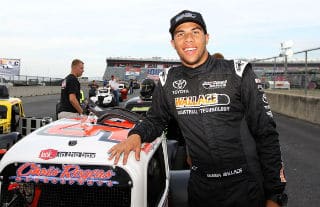 Three months ago, NASCAR dumped their long-time advertising agency and announced four finalists to succeed Jump Company. That week, “I deemed Ogilvy & Mather North America as the logical choice to advertise for NASCAR.”:https://frontstretch.com/jmedford/39353/ In just this past week, NASCAR officially announced the selection of Ogilvy & Mather as Agency of Record.

The three other ad agency finalists had either worked with NASCAR or their corporate partners before, not making a strong case for themselves as one of the agencies to take NASCAR in the new direction they seek. After narrowing down to the final four agencies, from what started as 110 inquiries, Young & Rubicam removed themselves from consideration. This left Ogilvy & Mather to compete against just Leo Burnett and McCann Erickson before being chosen as the lead candidate.

“Significant changes in our ecosystem impacted how we deliver our message and position our brand to existing fans while increasing the appeal of NASCAR to new audiences,” explained Kim Brink, NASCAR managing director of brand, consumer and series marketing. “We were thoroughly impressed with the caliber of all three finalists; but Ogilvy’s consistency, creativity and dynamic leadership were the key differentiators. We’re delighted to join the agency’s roster of big consumer brands.”

“We view NASCAR as a lighthouse brand,” said John Seifert, chairman and CEO of Ogilvy & Mather North America. “The sport blends marquee stars, jewel events, and some of the fiercest competition on the planet with an intricate ecosystem comprised of historic tracks and compelling personalities. From the beginning of the agency review process, it was clear to us that NASCAR was looking for a true business partner. We firmly believe that NASCAR is a valuable tool in the marketing mix and a place where big brands get high return on investment. We couldn’t be more proud to add the sport to our portfolio of global brands.”

As NASCAR has been seeking to bring in a newer, younger, multicultural fan base, they turned to Ogilvy & Mather to lead them into the future. Brink has stated that NASCAR is seeking out a Latin American fan base and it appears that the latest change in the business side of the sport is an attempt to gain a foothold on the Hispanic market.

Drivers like Darrell Wallace, Jr. will be key to NASCAR’s promotion towards a more multicultural fan base.

Ogilvy & Mather will be NASCAR’s fifth advertising agency since 2000. During the last two months while the ad agency finalization process was being conducted, “NASCAR made many changes in the digital media and marketing platforms”:https://frontstretch.com/jmedford/40283/ , as well as their approach to social networking.

NASCAR isn’t finished injecting new blood into these departments quite yet, as they have a few more job postings to fill. But the biggest changes remaining are with the upcoming television contract and learning where – and how – will we be tuning in to watch the races in the future. “Frontstretch.com”:https://frontstretch.com will keep you posted as this saga continues to unfold.