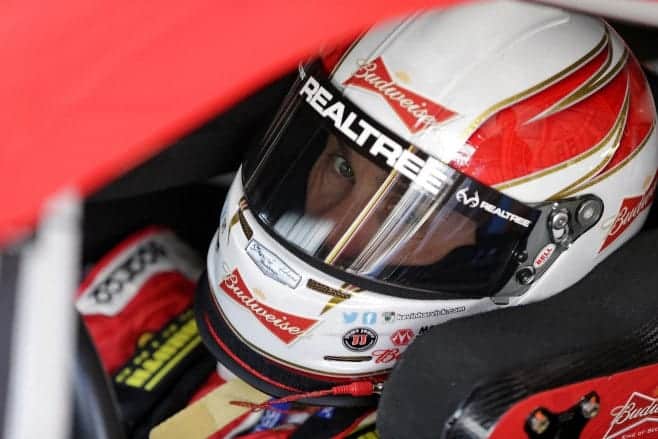 Key Moment – Kevin Harvick missed the final 12 in “knockout” qualifying by .001 seconds and started the race 13th based on that result. While Harvick won practices and the race, his stumble in qualifying was the only thing that added any excitement to the weekend.

In a Nutshell – Harvick won everything but qualifying at Phoenix International Raceway. Thanks to his poor qualifying effort Harvick needed 74 laps to take the lead for the first time. From that point he led 224 of the 238 laps contested. Harvick made the only on-track pass for the lead and owned the restarts and the race for most of the day.

Dramatic Moment – The final restart of the race saw some mixing up near the front of the pack and nearly a wreck with Ryan Newman and Brad Keselowski. Joey Logano took a shot at passing Harvick but it cost him a spot, and in the end, it didn’t really matter because No. 4 was just too strong for everyone.

What They’ll be Talking About Around the Water Cooler

Competition cautions need to be changed or eliminated. The purpose of the caution has always been for teams to analyze tire were after rain cleans off the race track the night before a race. Since Goodyear continues to bring tires that don’t wear out to most of the racetracks, teams are doing two tire stops or even fuel only on competition cautions. That is simply counter-intuitive to the spirit of the ruling.NASCAR needs to do one of two things when there is rain the night before a race. Either require teams to change all four tires on a competition caution or get rid of them and let the teams decide when they want to check their tire wear. They could even make it a controlled stop so that teams cannot advance or lose positions during the stop, if they are truly interested in driver safety. Something needs to be done because the current situation is a farce.

After Daytona, many people were talking about the strain on Stewart-Haas Racing expanding to four teams,especially since there have been plenty of teams who have struggled to add to a fourth car. Coming out of Phoenix, that discussion is at least a little bit tempered. Harvick’s dominance of the event, along with Stewart finishing 16th shows that the organization can still get it done. Kurt Busch lost an engine with 20 laps to go but was running around the top 10 for the first two-thirds of the race before that failure occurred.

Speaking of Hendrick engine failures,this is the second week of the season and the Hendrick Engine Department has shown its weakness. They had multiple engine failures at Daytona, and Kurt Busch lost a Hendrick engine at Phoenix. There is no doubt the people at Hendrick will work over Busch’s engine thoroughly to figure out what went wrong this week. Having motor problems is never good but it is better to have them early in the season vs. later in the year.

NASCAR has touted “knockout” qualifying as adding excitement and strategy to the formerly mundane task of setting the starting order for their races. With the Cup series using their typical unique qualifying procedure at Daytona, Phoenix was the first chance to see the Cup cars use the new format. Nationwide and Truck drivers were supposed to use it at Daytona but rain ruined most of that, with the Nationwide Series getting in one round but not reaching the knockout phase. The process is new and different, and is going to take some getting used to but the first foray into it was less than exhilarating at Phoenix. The rules do not allow cooling fans on pit road so at least half of the first round was spent watching cars circulating at caution flag speed to cool down their engines before attempting a second run for speed. The process did afford a small amount of excitement when Harvick, the eventual race winner, failed to make it to the final round of 12. NASCAR will hopefully tweak the process to help bring a little more excitement into the mix, although it may be more intriguing on a mile-and-a-half track. Only time will tell.

Dale Earnhardt Jr. actually started tweeting last week after the win. In one week he has added 330,000 followers. It will be interesting to see how long he embraces the social media interaction but, so far, he’s been very engaging with his new toy.

Not sure if Just for Men is a sponsor at Stewart-Haas Racing but it sure looks like the boss is a customer after seeing him in Victory Lane on Sunday. Tony Stewart is not an old man but there is usually a little snow on the peaks.

The Hindenburg Award for Foul Fortune

As mentioned above, Kurt Busch was putting in a solid performance at Phoenix on Sunday when his power plant gave up the ghost. Busch was running between 12th and seventh for most of the first 240 laps before his engine started to lose power. Busch soldiered on but continued to struggle until his engine expired on lap 292. He ended up 39th and is scratching his head after two poor finishes when he ran well for most of the races.

Danica Patrick has some experience at Phoenix with three Cup starts and a handful of IRL races at the mile oval in the desert. She found herself caught up in a wreck that brought out an early caution and then cut down a tire to bring out the next yellow flag. Those problems resulted in her ending up four laps down at the time and ultimately coming home six laps down.

Parker Kligerman has had a rough start to the season. After spending time on his lid in practice at Daytona, he ended the race seven laps short of the total distance thanks to a crash. Then he went to Phoenix and blew an engine and came home 42nd. It has been a very rough start to 2014 for the Swan Racing rookie.

The “Seven Come for Eleven” Award for Fine Fortune

Kyle Larson spent a good part of the day trying to get the Lucky Dog. When he did, near the end of the race, it allowed the rookie to finish on the lead lap and claim the Rookie of the Race award. After a difficult Daytona 500, it was a relief for Larson to put together a solid finish.

Jeff Gordon spent quite a bit of the race in the back half of the top 10. He managed to lead a lap during a pit stop sequence but then found himself in the back of the top 15. Gordon made a spirited run toward the front over the final 30 laps and wrangled a top-five finish when it looked like he might be outside the top 10. The late race restarts helped Gordon to the finish that he secured.

Carl Edwards was another victim of a poor qualifying effort. Edwards started the race in 23rd. He slowly marched his way to the top 10, got caught out on a pit cycle that dropped him back to nearly 20th but stayed on the lead lap. Over the last few restarts Edwards used his car and experience to climb all of the way to an eighth-place finish.

Earnhardt Jr. isn’t just riding the high of winning the Daytona 500, he’s also coming off of a second place finish at Phoenix. The result is Earnhardt is six points ahead of Keselowski, with two of the first 26 races of the season in the books. Keselowski has turned in back-to-back third-place finishes to start the season. Gordon is also riding the wave of a strong two races to open the season. Gordon notched his second top five and is sitting third in points, 10 behind Earnhardt. Harvick’s victory and max bonus points has pushed him to fourth in points, 11 behind Earnhardt and most likely locked into the Chase on the strength of that win. Rounding out the top five in points is Jimmie Johnson. Johnson has a fifth and sixth place finish to start the year which puts him fifth in points, 12 behind the leader.

The top of the back half of the top 10 in points is Logano, who has shown quite a bit of strength in the first two events. Logano is sitting 15 points out of the lead. Matt Kenseth managed to come home with a 12th-place finish at Phoenix after last fall’s disaster in the desert. That leaves him 11th in points, 20 out of the top spot in the standings. Denny Hamlin appears to have shaken off 2013 and come out swinging this year. Hamlin won two non-points races at Daytona and came home second in the 500. While he didn’t run well at Phoenix he’s still top 10 in points, 22 in arrears to Earnhardt. Edwards is sitting ninth in points, 25 out of the lead and one ahead of a gaggle tied for 10th in points. Rounding out the top 10 are Greg Biffle, Casey Mears and Jamie McMurray, 26 points from the lead.

Earnhardt Jr. and Harvick both have wins in the books and are looking good for a spot in the Chase come the end of the “regular season”.

Overall rating (On a scale of 1-6, where 1 is a stinker and six is the finest of brews and a instant classic.) – The Daytona 500, last week, was one of the best in recent history. This week the race was with unrestricted engines on a 1-mile racetrack. The new aero package and ride height rule did little to stir things up and bring more passing for the lead. While sometimes you have a race car that dominates an event, and Harvick surely had one, there was almost no contention at the front of the pack. Harvick made the only pass for the lead on the racetrack and ran away with the event. The resulting snoozefest garnered one stale Leinenkugel’s out of the back of the fridge in the basement.

Las Vegas is on the horizon and, while some of the teams will be rolling the dice at the casinos, there may also be some taking some chances on the race track. Vegas is one of the racier mile-and-a-half tracks and we’ll have to see if it provides a better race than what we had this weekend. The race is on Fox at 3:00 p.m. Eastern, 2:00 Central, 1:00 Mountain, 12:00 Pacific and 10:00 Hawaiian. If you would rather listen to the race on radio, or turn off the sound on the TV and follow along with the radio, it is on PRN at the same times.