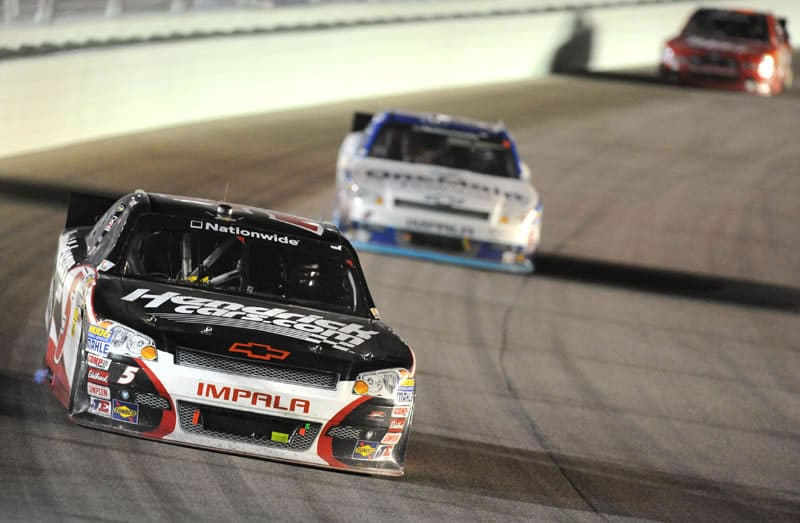 The driver that once bragged he had never posted on Twitter, recently made an announcement on the social media platform regarding a debut driver for his Nationwide Series team in August.

Currently in the Nationwide Series, both JR Motorsports cars are in the top three in points after 13 races. Regan Smith currently holds a 14 point lead over Elliott Sadler with one victory, while Chase Elliott is third in points with two victories.

When it comes to talent and giving drivers an opportunity to advance to the Sprint Cup Series, no less than three current Sprint Cup Series drivers have competed for JR Motorsports in the past. Danica Patrick, Aric Almirola, and 2012 champion Brad Keselowski have all driven for the Hendrick-affiliated race team in the recent future, so Berry appears to be setting himself up for success.

In terms of Nationwide Series starts beyond Iowa, no other races have been named, nor was a sponsor named for Berry’s debut. Speedco was a sponsor on Berry’s car for his win at Hickory, and JR Motorsports has relationships and current sponsorship deals in place with companies like NAPA, TaxSlayer, and Nationwide Insurance, among others. However, it is unclear which one–if any–of these companies will be sponsors on Berry’s car come Iowa.