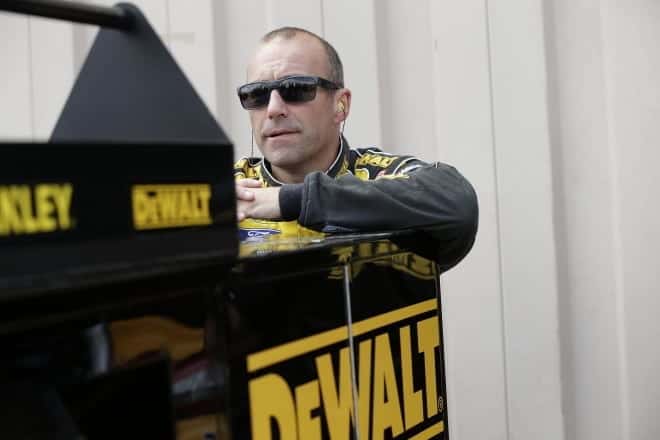 The NASCAR Sprint Cup Series is doing something rare today. Yes, ladies and gentlemen, they will be turning right! 15 years ago, that would have drawn groans of disgust from stock car racing fans, used to the frenetic competition on ovals.

Oh, how things have changed. Due to an increased focus on Sonoma and Watkins Glen, the drivers and teams of NASCAR have gotten markedly better at road course racing over the past ten years, and that has made both events better instead of a showcase for just a select few. In 2014, today’s race stands as one of the most anticipated this season, paired with a variety of questions as the series embarks on one of its most unpredictable days.

1. Is Sonoma the best chance for a surprise winner until the Chase starts?

Over the years, road course racing in NASCAR has evolved tremendously. Longtime fans will undoubtedly remember the days when these events were dominated by a handful of drivers, meaning race results could be predicted fairly accurately. In the late 1980s, into the 1990s Rusty Wallace, Mark Martin, and Ricky Rudd used to virtually alternate victories at these tracks, with Martin once going on a streak of three race wins in a row at Watkins Glen. Well, those days are long gone. Nowadays, nearly any driver in the field can win at Sonoma, and it is all because of strategy.

With the field tighter than ever on these tracks, crew chiefs have learned that the best way to get their driver towards the front is to embark on wild and divergent pit strategies. This philosophy jumbles the field throughout the race; while that normally wouldn’t cause massively random results, per se, there is a second aspect of modern day road course racing that compounds strategy and turns the race into a wild card. That “aspect” is the newly rough and tumble nature of Sonoma. Put simply, the drivers treat this race like a Martinsville event, with beating and banging an expectation as they muscle their way through a 43-car field. The contact leads to lots of cautions, and whenever lots of cautions unfold on a road course, unusual faces find their way to the front.

What this stuff all means is that literally anyone could win this race today. Aero is largely a non-factor at Sonoma, so any driver from any team, no matter the funding, can be competitive. With just a little smart strategy and hint of luck, even the biggest underdog could win this race today, thus making Sonoma the largest “wild card” race ahead of the Chase (yes, even more so than Daytona).

2. Is this Marcos Ambrose’s (second to) last chance to save his job?

Marcos Ambrose, in his sixth full season on the Sprint Cup circuit continues to fight one nagging impression: he’s a one-trick pony. The problem is on paper, the numbers largely back up a case that leaves the Australian competitive only on circuits where they turn left and right. Statistically, Ambrose is in a league of his own on road courses, and in terms of his performance at Sonoma over the years, he remains the best driver at this track who has never won. In six Cup races, Ambrose has put together 5 top 10s, 2 top 5s, and a pole. All he is missing is that trip to Victory Lane.

Ordinarily, that wouldn’t be big news heading into the weekend. It’s largely a foregone conclusion whenever we go to a road course that Ambrose is going to compete for the victory, so there’s usually no real sense in wasting a question on it. But the Ambrose story is much more complex this year than it has been in the past. Ambrose is in a contract year with his employer, Richard Petty Motorsports. Both sides have been saying all of the right things so far, indicating that both would like Ambrose to be back in the No. 9 car in 2015. But garage insiders are telling a vastly different story, with some suggesting that if Ambrose doesn’t make the Chase this year, he will be out of a ride and heading back to Australia come November. Big money from big manufacturers await there, making it difficult to turn down opportunities if RPM fizzles into a pink slip — Ambrose would have few other options in the current free agent market.

The driver hopes all that talk becomes a moot point. Ambrose seems keen on staying in NASCAR for the long term, and the Aussie has a golden opportunity to save his job today. A win would likely lock him into the Chase, and by extension, a renewal with RPM for 2015. Today at Sonoma and the August race at Watkins Glen are huge for both the future and relevance of the No. 9 team; let’s see if Ambrose can manage the pressure and get it done.

3. How will the strategy break down?

With the new aero and body rules for the 2014 season, tires have become more important at pretty much every single track on the circuit thus far. Sonoma is certainly no different in that regard. Tires have been a big story this weekend, as drivers up and down the grid have been adamant that Goodyear’s tire combination for today’s race promotes much more tire falloff and wear than any recent race in Wine Country. Traditionally, tires were important here, but never to the extent that it would increase the number of tire-focused pit stops in the race beyond 2-3. Teams usually broke the race into a two-stop or three-stop strategy, with track position being the biggest focus.

No more, in today’s race, tires are going to dictate strategy far more than fuel or track position, and that should only make the race crazier if a rash of cautions come out. Drivers are expecting anywhere between 4-6 pit stops to be required today, which is nearly 2-3 more stops than what is usual for Sonoma.

These adjustments inevitably tie back to strategy. The team that best manages their tires in accordance with track position (which is still crucial here) will thus be the one who takes the checkers today.

I am not joking when I say this point: absolutely anyone can win this race. As stated before, with the way that the strategy is expected to be all over the place today, even the tiniest pit stop shuffle could completely turn the race on its head. With that in mind, it’s very tough to nail down a favorite, especially with there not being anyone in particular who shined more than anyone else in practice.

In terms of who has been the most impressive driver thus far this weekend, that distinction would have to go to AJ Allmendinger. Allmendinger qualified 2nd and has had consistent speed throughout practices. But what makes Allmendinger such an attractive pick this weekend is his recent NASCAR road course success. Allmendinger swept the two Nationwide standalone road races at Road America and Mid-Ohio last year, becoming deceptively fast this year in the Cup Series as a whole. He’s undoubtedly hungrier than ever and the team firmly believes they can make the Chase this season. I certainly think they can make that a reality today.

As for a darkhorse pick, how about Kyle Larson? Larson has blown apart every expectation set for him this year, and he did it once again in qualifying on Saturday. Larson, seemingly unaware of Sonoma’s difficulty, qualified P3 before winning the K&N Pro race that went off shortly thereafter. Carrying momentum, the rookie may very well have a shot to win one of the toughest races of the season.