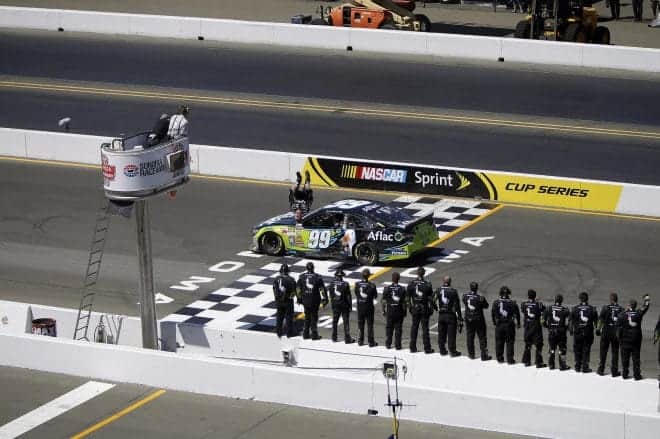 Road course racing continues to creep slowly toward restrictor plate status. Simply put, anything can happen. Carl Edwards proved that Sunday afternoon, beating Jeff Gordon to the checkered flag. Edwards’ win at Sonoma is his first road course victory and second of 2014, putting him in good company when the rankings reset for the Chase.

Although the Hendrick Motorsports win streak came to an end at Sonoma, the team as a whole continues to run strong as all four drivers logged consecutive top-10 finishes. However, other top Power Ranking drivers didn’t fare so well. Five drivers finished outside the top 20, including Matt Kenseth, who had a hard crash off the nose of Dale Earnhardt, Jr., resulting in a 42nd-place finish.

This weekend, drivers stop off at Kentucky on their way home from the West Coast. But before that, see if your favorite driver was able to survive left and right turns.