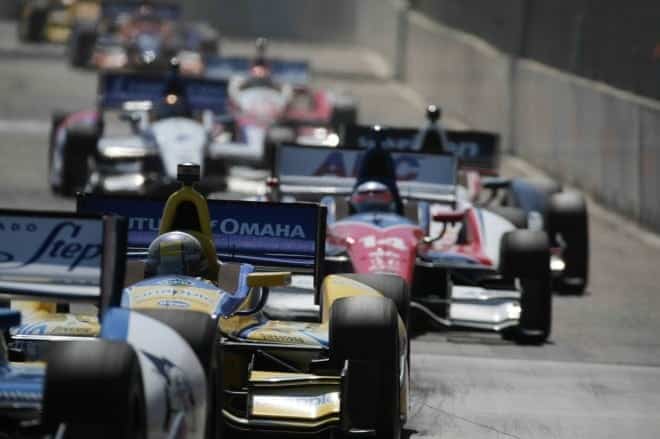 After a rather lackluster race at Texas Motor Speedway three weeks ago, the Verizon IndyCar Series is back in full force this weekend a little bit further downstate in the streets of Houston. This weekend, which IndyCar has dubbed the Shell and Pennzoil Grand Prix of Houston, will be another doubleheader race offering much like the one in Detroit one month ago. As such, a great deal of points are up for  grabs this weekend, and with the championship race quickly taking shape, this weekend could end up being a pivotal turning point in the title fight.

Two races. Two winners. Two chances to gain critical points. Who can capitalize in the sweltering streets of Houston? We shall soon find out…

Not a whole lot happened between the two Texas weekends. Such is life for a sport that is unfortunately invisible to most of the American sporting community. That being said, there were a few minor happenings that were worthy of note.

Perhaps the biggest news heading into the weekend were the safety changes made to the Houston course. After Dario Franchitti’s horrifying career-ending crash at Houston late last season, engineers were tasked with making the Houston street course safer for 2014. Changes to both the fencing and certain bumpy sections of the track were made, all in an effort to put on a safer race. Kudos to IndyCar for keeping safety on the forefront.

The Streets of Houston have played host to American open-wheel racing on an on/off basis since 1998 when CART first took to the city’s fast and sweeping streets. Before last year’s doubleheader event, the circuit had not hosted a race since 2002. The track is generally considered to be one of the fastest and most treacherous street courses that IndyCar visits, and is characterized by long straights leading into wide angle turns with minimal low-speed sections. Horsepower and outright courage will thus take an added bit of precedence this weekend.

Will Power still has a relatively comfortable 37 point lead over his teammate Helio Castroneves heading into the weekend. Behind the two Penske stalwarts sits Ryan Hunter-Reay, who in third is 21 points behind Castroneves.  Simon Pagenaud and Marco Andretti round out the top 5 in points, sitting 91 and 135 points out of the lead respectively.

Chevrolet has a sizeable lead in the manufacturer standings largely due to the strength of Team Penske this season. The Bowtie brigade has a 377 point advantage over rival Honda.

Last year, Scott Dixon and Will Power were the two victors of the Houston doubleheader weekend. While Power will undoubtedly be strong once again, Dixon likely won’t be the force that he was in 2013. The Ganassi cars are simply missing something this season and will likely be outran by the Penske and Andretti cars once again.

As for a favorite, I think Ryan Hunter-Reay will be a man on a mission in both races. He’s well within striking distance of the points lead and will be eager to rebound after a month’s worth of disappointment following his triumph at Indianapolis. Look for RHR to be the man to beat this weekend.

For those folks attending the races in Houston this weekend, please be mindful of the heat. It is supposed to be absolutely sweltering this weekend in the area, so keep that in mind as you plan your trip to the races.

I’m going to draft Ryan Hunter-Reay as my pick for both races this weekend. RHR was stout on the similar Long Beach street circuit earlier this season and is undoubtedly looking for redemption after a pair of rough weekends in Fort Worth and Detroit. My fellow expert Toni Montgomery believes that Will Power will continue his winning ways by putting another “W” on the board in Race 1. She thinks Simon Pagenaud will also be strong and take the checkers in Race 2.

And finally, our third intrepid expert, Huston Ladner, has decided to go with Scott Dixon and Ryan Hunter-Reay for his picks.

One week from now the Verizon IndyCar Series will be gearing up for the second leg of the Triple Crown at Pocono Raceway. The Pocono INDYCAR 500 will be covered live by NBCSN at 12pm Eastern on July 6th and can also be found on the radio via Sirius Channel 213 or XM Channel 209.