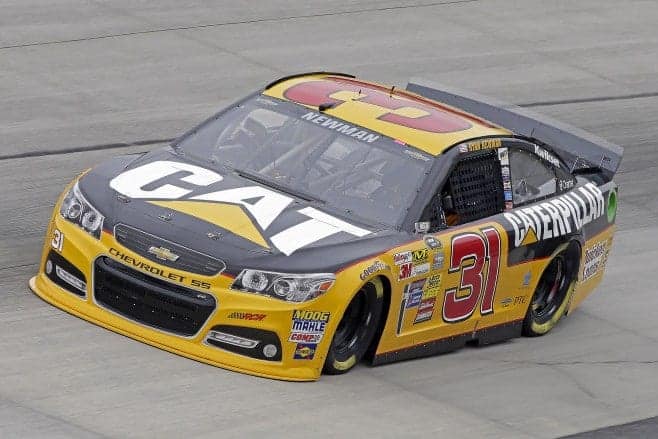 Saturday evening’s race under the lights on the high banks of Daytona International Speedway will mark the 18th race of the season and thus the halfway mark on the 2014 Sprint Cup schedule. Given the sheer length of the season the point at which we have more races in the books than less always comes as something of a surprise. You get so used, I suppose, to the cadence of the calendar that there comes a point at which you assume we’ll see racing every Sunday (or Saturday night) for the entire year. But there you go.

So, what have we learned so far? Well, for the most part, the racing has been really good whilst the ratings have been the exact opposite. Attendance has been up and down (with more downs) and this past weekend, for the first time in 13 years, we had less than a full field — albeit by just a solitary car. There may very well be a big fat couple TV contracts on the table for the next eight years but the simple fact is that the sport is trending down and that’s not a good sign for anyone despite the good quality of the on-track product. Long gone are the boom years. my friends. Long gone.

In the past half-decade the number of NASCAR-specific commercials has really started to slow from a torrent to a trickle. To some extent this represents how folks are consuming media in general, with digital naturally taking up much more of the average person’s consumption habits. For the most part, the commercials that have been produced have underwhelmed so when a really good spot (or campaign) turns up it’s well worth a mention.

And the spot that’s got my attention is the NAPA #wheniwas18 commercial featuring Chase and Bill Elliott and Dale Earnhardt Jr.

As someone who has made their living working in the advertising industry, I can honestly say making a 30-second spot that a) features the product, b) is memorable, c) gives you a good laugh and d) does something different to the norm is bust-a-gut hard to do. And this spot, for me at least, achieves all those things.

If nothing else, just seeing Junior and Awesome Bill in ridiculous wigs is enough for me. Good stuff, NAPA, you sure do have the know how.

THREE: 200 UP FOR SLICED BREAD

The Cup race at Kentucky Speedway marked a milestone for Joey Logano: his 200th race at the top echelon. Dubbed the greatest thing since sliced bread by none other than Mark Martin when he was an up and coming young hopeful, Logano did anything but live up to that lofty moniker in his first 150-some Cup races — the odd win aside.

Now, though, he appears rejuvenated in the No. 22 Penske Ford and this year, in particular, looks like a genuine shot at taking the big prize by the time we reach Homestead and championship weekend.

“I feel like it’s taken me quite a number of years to figure out what I need to do in this sport and how to race against these guys,” Logano said back in April. But figure it out he has. This year Logano already has career bests in wins (two) and laps led (516) — and given the way he’s run expect career bests in top 5s and top 10s as well.

Logano also has the knockout qualifying piece locked down with an average start this season of 8.1: second best only to teammate Brad Keselowski (6.2).

For a long-time it looked like Logano would be a kid with a ton of early hype and no end product but if he carries on like this — and there’s every reason to think he will — he might just make Mark Martin look extremely prescient.

It’s been a good few days for Ryan Newman, who finished a season-high third at Kentucky this past weekend right after a positive sponsor announcement.

In a week where Home Depot announced their departure from the sport, it was fantastic to see a long-time sponsor, Caterpillar, Inc., renew its deal with Richard Childress Racing and Newman’s No. 31 Chevy SS. Caterpillar began its NASCAR tenure all the way back in 1993, with the relationship with RCR starting up in 2009.

“Cat dealers have been building relationships with customers at NASCAR events for more than 20 years. This contract renewal reaffirms our confidence in Richard Childress Racing and their commitment to excellence,” Pablo Koziner, Caterpillar vice president, said of the new deal.

For Newman, who faced an uncertain future once news that Stewart-Haas Racing would not be renewing his contract emerged last season, this is the best of all possible news as it secures his top-level ride for the foreseeable future. Sitting eighth in the overall points standings, Newman is currently in the Chase but he needs a win to make sure of his spot. But with a race at Loudon coming up (he’s won there three times) and also the Brickyard where he won last year, time is still on his side.

Next up, we’re back to where we started with our second and last trip to the 480-acre motorsports complex and “World Center of Racing,” Daytona International Speedway, for 400 miles of mayhem and madness. 34 different drivers have won the July Daytona race led by the old Silver Fox himself — David Pearson — who snagged five checkered flags.

Tony Stewart leads active participants with four while Jeff Gordon has three. And only five drivers have swept the Daytona races: Fireball Roberts (1962), Cale Yarborough (1968), LeeRoy Yarborough (1969), Bobbie Allison (1982) and Jimmie Johnson (2013) — so Dale Earnhardt, Jr., winner of this year’s Great American Race, would be joining some elite company if he pulls off the double.

The two-and-a-half-mile tri-oval should produce plenty of Fourth-of-July-style fireworks and very possibly an 11th different winner on the season. For the drivers, the fans in the stands and watching around the world and all you fantasy owners out there, it should be a wild ride.

Commercials are almost without exception unimaginative repitition designed to influence the feeble minded. For the bland, by the bland. The truly interesting ones are few and far between. The true beauty of the DVR age is that we do not have to watch them anymore. There has not been an interesting NASCAR ad since the How bad have you got it campaign and that was ages ago.