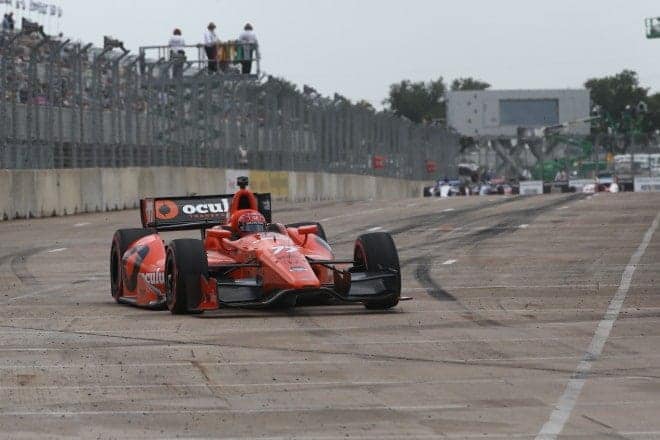 The month of June was an interesting one for the Verizon IndyCar Series. In many ways, it was a showcase of both the best and the worst that the series has to offer. There were many highs, many lows, and much to learn from.

IndyCar entered the month of June flying high. The series had just enjoyed what could only be described as it’s most successful month of May in recent memory. The inaugural Grand Prix of Indianapolis was a success, there was a lot of buzz around the sport with Kurt Busch’s double attempt, and the Indianapolis 500 was a race for the ages. The sport perhaps had more momentum than it has had since Danica Patrick first jumped on the scene.

But June was something of a different story. It was a combination of highs and lows for the sport. The month got off to a decent start. The Chevrolet Indy Dual in Detroit kicked off the month, and  the event largely went off without a hitch and helped carry forward some of the Indianapolis momentum.

But then the series got to Texas Motor Speedway, and all of that momentum went away. The Texas race was, to put it lightly, farcical. The aero package for the race was completely off the mark than what was needed for the race and the track, and it led to an oval race where drivers were pulling out to 15 second leads with ease.  It was a sad indictment of just how far IndyCar’s 1.5 miler product has fallen.

To make matters worse, the Texas event was followed by a puzzling three week gap in the schedule. Any momentum that the sport had up to that point was now gone.

This has been a big problem over the years for IndyCar. The sport will have a big windfall of some sort, and then it will be squandered because of the sport’s invisibility, or puzzling schedule oddities, or a bad race, etc. The sport is just seemingly unable to generate the kind of momentum it needs to get moving forward and develop more visibility in the mainstream sporting world. And unfortunately, June was something of a testament to that.

Luckily, the end of June brought good fortunes to the sport. The Grand Prix of Houston weekend was a success. The first race, while controversial for a variety of reasons, produced a surprise winner that served as an example of the incredible parity that exists in the sport this year. The second race was an even bigger success, as the racing was hot and heavy all race long and saw some of perhaps the best street racing the sport has seen in a very long time.

All told, the Houston weekend showed that the IndyCar product is still very viable, exciting, and unpredictable. It showed that there is a great deal of potential in this sport. It was a beacon for the future.

That being said, the early season struggles of this sport can not be ignored. Puzzling schedule gaps and farcical races have to be avoided in the future courtesy of better planning and better aero packages. The Houston weekend showed just how good this sport can be, as did the entire month of May.

IndyCar has to maintain whatever momentum it generates. It has to converts the lows into highs. The product is there, the personalities are there, now it’s time for this sport to put it all together. Perhaps that’s what July will bring?

Mario said it best years ago, “out of sight, out of mind”. Gaps in schedule and ending so soon this year is slowing progress of series.

Much like the NASCAR Truck series, the goofy schedule is a real shame. I’d rather see 10 events clustered all together with either every week or every 2 weeks on the dot, than 14-16 races spaced out for an entire damn YEAR.