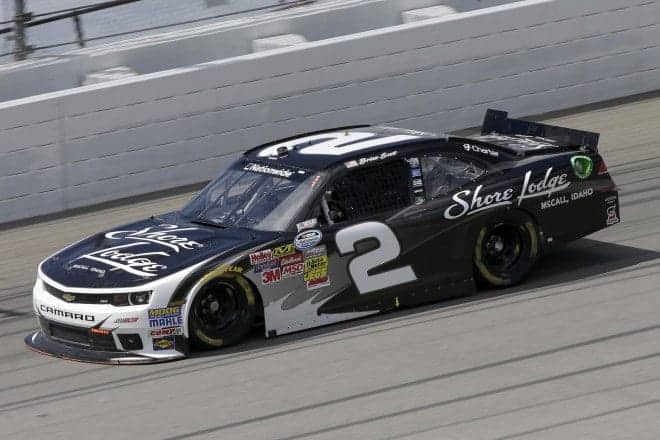 In the heat of the day on Thursday afternoon, 45 Nationwide Series teams took to the 2.5 mile tri-oval that is Daytona Internationals Speedway for their only practice session, two hours of grinding and searching to see who was best in the draft.  Ultimately, the speeds may not matter all that much on the surface, but they could be important should qualifying Friday be rained out.

The session did not pass without some issues.  While there were no spins or crashes, Bobby Gerhart did lose an engine in his No. 85 Lucas Oil Chevrolet exiting Turn 2.  The red flag for cleanup cost teams roughly 20 minutes of on-track time.  Gerhart’s team will naturally have to change the engine and drop to the rear of Friday night’s Subway Firecracker 250, if he qualifies for the race tomorrow on speed.