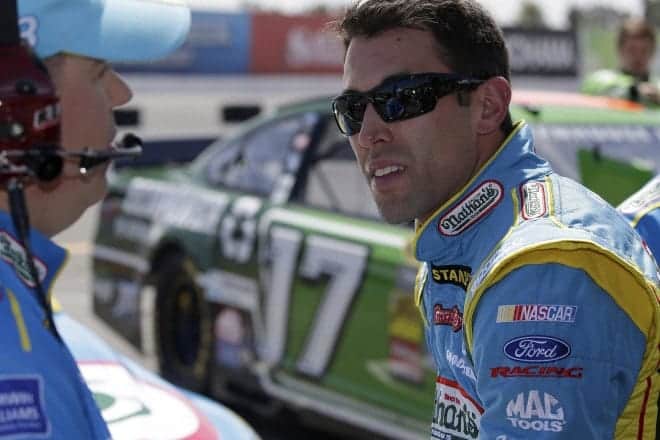 Every sport has its share of asterisks. There are always going to be games, races and matches that don’t end to our satisfaction, records that are cheaply broken and even legacies that are called into question.

Baseball deals with the term more than any other sport. Alex Rodriguez could actually trademark the asterisk at this point, and one of the game’s most revered records is held by Barry Bonds, a man regarded by many as a cheater. In basketball, there are the 1994-95 Houston Rockets, who claimed world titles, but only when the league’s best player, Michael Jordan, had left. Then there’s the USSR beating the U.S. men’s basketball team for the gold medal in 1972. Even entire Olympics can receive asterisks, like when the U.S. boycotted the 1980 games and the Soviet Union followed suit in 1984. Every Tour de France race in the last two decades deserves a mark, too.

In auto racing, asterisks are synonymous with cheating, and even more so, rain and fuel mileage. A notable exception would be Kevin Conway’s NASCAR Cup rookie of the year award, earned because he was the only one up for it. But more often than not, rain is the culprit, Mother Nature who cooks the Upset Special. Joey Logano and David Reutimann’s first wins will always have an asterisk. Both drivers stayed out when the cars in front of them pitted, and then skies opened and they were declared winners.

Sunday’s race may have set a new asterisks record, and here’s why:

1. It was a superspeedway race. Winning one of these races just isn’t going to earn the same respect in the garage or with the fan base as it would if a driver won anywhere else.

2. Only 112 of the scheduled 160 laps were completed. We remember rain-shortened wins and frown upon them.

3. Terry Labonte, Morgan Shepherd, Dave Marcis and Danica Patrick were the only drivers left. It’s not Aric Almirola’s fault that the sport’s biggest names were caught up in the big wrecks, but if Almirola wrestled the lead away from four Hendrick cars, we all know it would mean a little bit more.

4. The conspiracy theories about NASCAR’s quick call of the race to put the No. 43 back in victory lane. I don’t agree at all that any fix was in place, but unfortunately, it was a main topic of discussion a day later.

Unfortunately, it’s the story of Almirola’s career. He earned a ride with Joe Gibbs Racing through the Drive to Diversity program, was credited with his first and only Nationwide win after Denny Hamlin drove his car to victory and now he’s won his first Sprint Cup race at a restrictor plate track in the rain. He’s a driving asterisk.

Almirola was undoubtedly embarrassed about the Gibbs Nationwide fiasco. At Milwaukee in 2007, he qualified on the pole, but was forced to vacate the seat of the No. 20 after 59 laps because Hamlin had arrived and Rockwell Automation wanted him in the driver’s seat. Hamlin came from the back to win and celebrated in victory lane, while Almirola was credited with the win. The incident altered the course of his career, providing opportunities while also relegating him to trivia question territory.

Well, there was no sense of shame from Almirola in victory lane Sunday, nor should there have been. He played the conditions he was dealt better than the other 42 drivers in the field. He deflected the naysayers by saying that everyone knew what they were racing for at the end. He said they knew that was the end and they were fighting for the win.

Almirola is going to hear the chatter, though, and when the euphoria wears off, he’s going to be hungry to win one without the asterisk attached.

The truth is every win goes down in the record book the same, but its significance to us is always different. I could lie and tell you that a win is a win, but that’s bull. In my eyes, Paul Menard’s Brickyard 400 victory doesn’t hold the same weight as Ryan Newman’s. Newman dominated, while Menard played the fuel strategy right with a 20th-place car. We remember the circumstances behind those wins, giving certain drivers more benefit than others. And we should.

I touched on many of the negatives from the weekend: the rain, the shortened race and those pesky conspiracy theories. There also were overwhelming positives: Richard Petty’s 43 winning for the first time in 15 years, an underdog taking a spot in the Chase and one of the most likeable drivers in the garage earning his first trophy.

It’s really a shame that it comes with an asterisk. Now, it’s up to Almirola to erase it.

It can be done. Logano and Reutimann each proved themselves with dominating victories the second time around. Hopefully, Almirola is able to do the same.

I am by no means an Almirola fan, but this is just plain not fair. Plate racing involves such an element of luck that all plate wins could be given an asterisk. I can’t help but wonder if the asterisk would be mentioned if Johnson, Gordon, Harvick, Kennseth, Stewart or another “supposed to win” driver had ended up in a rain soaked Victory Lane.

“Well, there was no sense of shame from Almirola in victory lane Sunday, nor should there have been.”

Except Brett that you pointed out throughout your article why exactly Aric should have turned away the trophy in Victory Lane. I agree that it’s a plate race as well as a rain shorten race but in the end anyone could’ve won that race, (as long as they survived). What bothers me more than someone winning a rain-shortened plate race is someone that wins with an illegal car yet NASCAR still lets the win stand. Where is the outrage in the lack of asterisks next to those wins throughout the years?

Aric and his team has been strong this year and if all the laps have been run he might not have been the guy in Victory Lane but it just so happens he was so let’s all be happy for the guy, (I do wonder how excited writers would have been if it was Danica that won and not Aric, would this article have been written only with a name change?)

Preach on, guys. Had it been a Hendrick Hero out front when the race was called, pundits would still be extolling the brilliance of whatever crew chief, and the mettle that said Hendrick Hero showed when he “got himself to the front at the right time.”

It’s not fair to compare this to Logano, Reutimann, and Menard’s fluky first wins. Almirola ran in the top 10 almost the entire race, made a legitimate green flag pass for the lead, then held that lead for four more green flag laps before the rain came. Of the drivers who survived the Big One, Almirola and Kurt Busch were by far the most deserving to win. I’m just glad it wasn’t Austin Ride-Around-and-Finish-17th-Every-Week Dillon. That would have been a travesty.

A win only deserves an asterisk when the driver would have had no chance to win if not for fluky circumstances like rain or fuel mileage.

I don’t think it’s just the win that’s pointed out in the article, JohnQ. I don’t understand why someone like Danica Patrick gets all the hate she does for getting a ride in the Cup series with no results (ignoring Indy ROTY, IRL ROTY, consistent points contender and only woman to win a major racing series race), and someone like Almirola, who hasn’t won a damn THING, gets a free pass. Same goes for Paul Menard and Jon Wes Townley, who only get their rides because of the sponsor dollars they bring. At least Menard finally won a race. This is a more and more common occurrence in NASCAR after being the status quo in most other racing series–a lot of drivers get where they are because of money, marketing or affirmative action, not their skill.

Absolutely, like it or not Danica showed some real skill avoiding those wrecks Sunday. Richard Petty, Kyle Petty, Dale Earnhardt Jr. and dozens more i’m sure others could name all got their first rides for reasons other than pure driving skill. Danica getting her ride for similar reasons has never bothered me at all. That is just life, ever notice all the Somebody and Son Business trucks around?

John..I think you have your “facts” mixed up….Danica has done nothing in any series…. http://racing-reference.info/driver/Danica_Patrick At least menard uses family money to race…. I guess the whole top ten should have a asterisks next to them…

“and someone like Almirola, who hasn’t won a damn THING, gets a free pass.”

Except that Almirola has 4 career wins to his name prior to this win at Daytona. 2 in the truck series and 1 each in NNS and K&N. On top of that, he has a total of 29 top tens in CWTS & NNS before coming to CUP. That’s 22 more than Poutrick.

“and only woman to win a major racing series race”

I’ll be blunt and to the point. Frontstretch must be getting desperate to employ writers like Brett Poirier. This is character assassination at it’s worst. If King JJ had won this race, Mr. Poinier would have been extolling his victory with hoots and hollers. Look up the word “moron” in the dictionary and his picture will be staring back at you.

Ha, ha, ha… all restrictor plate wins kind of have asterisks after them, don’t they?

Count me as among those that believe NASCAR called the race faster than normal because the 43 was in the lead. It may have not been “scripted” beforehand, but it certainly was suspicious.

I could go through and counter-point several things in this article. But I don’t need to. Why? Because this writer proved he has ZERO credibility. How? #3 in his “asterisk” list….

Morgan Shepherd and Dave Marcis weren’t even IN this race!!! If he couldn’t get THAT simple detail correct, then nothing else he said means a damn thing. SMDH

I will say this though. You can bet your my fat azz that if you replaced Aric Almirola with Danica Patrick at this race’s end, there’s no way this article exists.