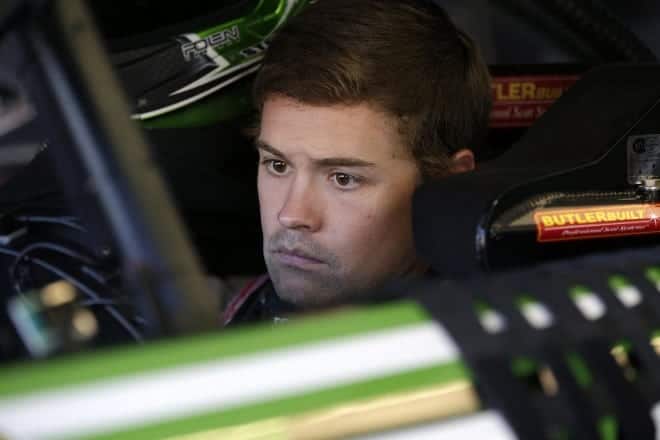 Remember when you were a kid at the beach — Daytona Beach, perhaps, and went into the surf only to have a huge wave rock everyone?

Well, that happened at Daytona International Speedway this weekend in many ways.

Rain forced officials to move the race back to Sunday, but precipitation continued to come into play despite NASCAR’s planning.  The constant threat of more bad weather led to a “race to halfway” strategy administered by many teams that contributed to a heightened amount of aggressive measures on-track and yes, more than one big wreck.

Thanks, Mother Nature — you helped make this edition of Who’s Hot and Who’s Not a complete mess.  One surprise winner and several disappointed big names later, the Chase picture continues to evolve as the summer schedule progresses into New Hampshire.

Aric Almirola was among the last drivers standing after two wrecks — the big one and the bigger one — decimated the field in Sunday’s rain delayed running of the Coke Zero 400.

When storms struck again, Almirola was in position to beat out previous winners Kurt Busch and Denny Hamlin as well as a few drivers who have yet to qualify outright for the Chase.  Thus, the No. 43 team and he earned a rain-soaked victory celebration — his first in the Sprint Cup Series — and a reserved spot for the Cup playoffs.

It’s been slim pickings for the No. 43 Richard Petty Motorsports entry since the departure of Petty from the driver’s seat.  The prolific number’s last trip to the winner’s circle prior to Almirola’s was in 1999, making it easy to understand why the one-time elite organization hasn’t put a driver in the Chase since the present-day system’s berth more than 10 years ago.

Given the current rules package, Almirola will most likely be RPM’s first championship contestant in that time, but he hasn’t exactly been title worthy away from the restrictor plate realm, outside of a few isolated events — Bristol, Martinsville and Kansas, to name them all.  Looking back at his production over the last month it’s amazing that Almirola is the one serving as Cup’s king for a day; wait, no it isn’t, that’s just a byproduct of racing at Daytona in July.  Four finishes of 22nd or worse are a major reason that he ranks just 21st in points.

In a weekend that saw several promising streaks end, Almirola stands as the only hot-worthy driver, even though he remains a race-to-race long shot.

After a race like this, it’s important to be thankful for the small things, if only because 17 cars finished on the lead lap, most of which had at least minor damage.

There were Brian Vickers‘ runner-up, donning the colors and logo of the FBS national champion and hometown favorite Florida State Seminoles and Danica Patrick’s eighth despite sustaining damage in both wrecks and overshooting her pit entry, which left her alone in the draft for a period.  Patrick’s team, left busy repairing minor dings and scrapes on several occasions, still managed its second top 10.

Austin Dillon’s ability guide the No. 3 Chevrolet through lap 99’s colossal smash fest was eerily similar Han Solo’s testosterone fueled trip through the Hoth asteroid belt in The Empire Strikes Back, although  Dillon’s ride remained in one piece unlike the Millennium Falcon.  Even so, it was just his second top 10 in 31 NSCS starts.

After almost all of the pre-race favorites went behind the wall, less than an eighth through the prescribed running distance, storylines like these became the ones worth celebrating.  While Dale Earnhardt, Jr. came up just short of an ambitious comeback and Daytona sweep, many of the series’ mid-packers were hoisted into the spotlight.

Aside from Almirola and Dillon, Michael McDowell (seventh) and Alex Bowman (13th) scored career-best finishes.  Even 57-year-old Terry Labonte (11th) got in on the action, posting his best result since 2006.

For Matt Kenseth, Daytona seemed like the perfect place to ease into the Chase picture.  Kenseth has been the definition of a frontrunner at the 2.5-mile speedway since joining forces with Joe Gibbs Racing, but that didn’t help him this time.

Kenseth remains on the wildcard bubble because of involvement in both accidents.  Damage from the first slowed the No. 20 enough for Kenseth to lose a lap before the second ended any chance of a potential recovery.

The JGR driver managed a solid response to problems at Kentucky, but the Sunshine State proved too unkind for the supple Kenseth and he’ll need to focus on winning at New Hampshire to join teammates Kyle Busch and Hamlin as proverbial near-locks.  While surprising that Kenseth hasn’t broken into the victory column after collecting a personal-best seven trophies last season, it wouldn’t be shocking to see his winless ways end in Loudon, given his ninth in the 2013 Camping World RV Sales 301 and trip to victory lane there last fall.

Kenseth’s New Hampshire odds would appear on paper to be a lot better than those of Tony Stewart, another driver still trying to join the WINNER club.  Unlike Kenseth, Stewart wasn’t successful by his standards at NHMS in the Gen-6’s first tour of duty.  Although he did win there in 2011, it’s not three years ago anymore.  Stewart’s results haven’t been Smoke-esque and he missed a golden opportunity in Daytona.

Stewart’s performance at DIS was a major disappointment given his current state, but his comments towards Ricky Stenhouse, Jr. in the aftermath of the No. 14 Chevrolet’s destruction were downright cold.

“We’re a quarter lap away from getting a competition caution and Stenhouse was going to be a hero,” Stewart said after being evaluated at the infield care center. “Pretty dumb excuse to have the caution come out 500 yards too early.”

Stewart’s explanation of the events that ended his day is a stark contrast to what Stenhouse said and TNT’s camera angle showed.  The No. 17 Ford clearly got loose, after which Jeff Gordon reacted to miss it and got into Stewart’s right-rear quarter panel.

While it’s unclear whether Stewart had seen the replay, Stenhouse’s situation couldn’t be more apparent.  The Roush Fenway Racing driver in is a full-on tailspin.  Daytona was a viable chance for a first-ever win for Stenhouse, given its nature and his seventh in the Daytona 500, but what he received in the return trip, a 41st, all but ends any realistic hopes of that victory anytime soon.

That’s because Loudon was a house of horrors for Stenhouse during his rookie season.  With finishes of 34th and 23rd there in his only two visits, NHMS is Stenhouse’s worst short track statistically and arguably his worst circuit overall.

Let’s hope that this season-long slump is simply the Cup equivalent of the Nationwide Series struggles that served as a precursor to Stenhouse’s string of back-to-back series championships.