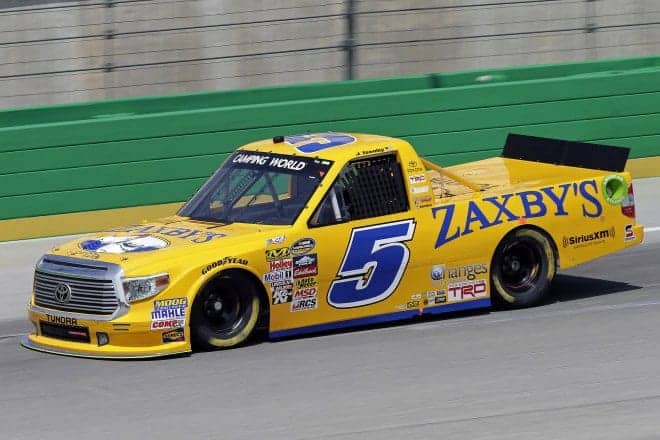 After it was first announced on Monday that NASCAR Camping World Truck Series driver, John Wes Townley had parted ways with Wauters Motorsports, Townley will run the No. 05 fielded through Athenian Motorsports for the remainder of 2014.

According to a statement released from Athenian Motorsports, Townley and the No. 05 truck will still have primary sponsor Zaxby’s onboard the machine, and will be entered into the upcoming American Ethanol 200 presented by Enogen, NASCAR Camping World Truck Series race this Friday night at Iowa Speedway.  Tony Townley, John Wes’ father, is the listed owner.

John Wes Townley said: “We already knew we were going to run some NCWTS races in 2015. The opportunity arose this season to bring the trucks to Athenian Motorsports. With that, we will run the remainder of the 2014 truck series season through Athenian.”

Wauters Motorsports’ No. 5 is still entered in Friday night’s race in Iowa.  It currently does not have a driver listed.