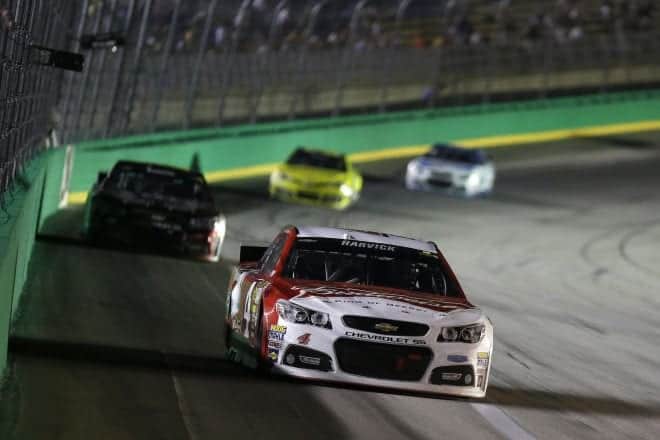 It’s been what seems like a quick, whirlwind journey for the NASCAR Sprint Cup Series so far, and now the season’s hump has been traversed — the halfway point of 2014 has been reached.

With 18 races completed in the Sprint Cup season, the same amount remains before a champion is crowned at Homestead-Miami Speedway in November. That includes eight races during the sport’s regular season, plus the final 10 events run as part of the Chase.

There have been surprises this year; there always are, aren’t there? Certain drivers may preach and stick to a healthy diet of consistency, but it’s never smart to expect a season without its flourishes and interesting tidbits — because, no matter what, it’s going to happen, whether it’s a previously horrid driver finally reaching stardom or a series churning out more first-time winners than it seems suited to uncover.

For this week’s Going By the Numbers, take a look at some of 2014’s quirkiest, most interesting stats yet as the series heads into its second half.

0: Wins by Matt Kenseth in 2014. Sure, Kenseth isn’t the only big-name driver without a win at this point, but his zero in the column is certainly the most interesting. He’s coming off a seven-win season for Joe Gibbs Racing in 2013 that saw him nearly take the championship, and while 2014 doesn’t find him out of the title hunt so far, his lack of victories is intriguing given that Victory Lane was basically his second home last year. He hasn’t even finished in the runner-up spot, scoring a pair of thirds for his top finish of 2014. Greg Biffle, Clint Bowyer and Tony Stewart are also among the winless, but they didn’t go out and dominate last year the way Kenseth did.

6.6: Average drop from start to finish by Kevin Harvick. As documented before Pocono a month ago in this column (currently unavailable due to our switch to WordPress), Harvick owns one of the more undesirable stats in NASCAR: there’s a large discrepancy between his average start and finish, and not in a good way. Granted, it’s looking better than it did a month ago, but Harvick’s average start coming into New Hampshire is 10.1 — a respectable one — but drops to 16.7 by race’s end. Nearby is Kurt Busch, who was formerly the absolute worst in the series but has improved in June; his drop is now only 6.3, from 14.9 to 21.2. It’s a stat that lends credence to the theory that Harvick’s team, if not the driver himself is finding every way possible to snatch defeat out of the jaws of victory.

5,195: Laps completed by Austin Dillon. Does the number mean anything to you? Try this fact on for size: it’s the most in the series so far. A rookie, Dillon, is beating everyone else in the sport when it comes to logging laps, meaning he’s there at the finish more often than anyone else. It’s something to think about when considering his somewhat lackluster rookie season so far as well as his chances in the second half. He’s been able to get a wealth of experience on sometimes new tracks in a car fairly new to him, and will be able to use that experience on tracks the series is now visiting for a second time. It’s why Dillon, if the season ended now would be in the Chase while rookie rival Kyle Larson, who’s “light years” ahead in the rookie race according to many experts would not.

4,742: Laps completed by Kevin Harvick. This stat ties in well with Harvick’s average start to finish drop above. He’s easily one of the favorites for the title in 2014, but there’s one big problem: he’s finished the second least laps of those drivers who’ve run every race in 2014, beating only Reed Sorenson’s 4,632. He’s been so up and down that, even if he can rattle off wins left and right, the inconsistency is troubling — and with the new Chase format, where one DNF could lead to DNA (does not advance) that may not be what Harvick wants to see happen.

8: Top-4 starts for Penske Racing cars at tracks one mile and smaller. Think Brad Keselowski, Joey Logano and Penske Racing have qualifying figured out this year? Get a load of their shorter track stats, which are mind-blowing. In the five races at such tracks — Bristol, Martinsville, Phoenix, Richmond and Dover — in 2014, Keselowski and Logano have only started out of the first two rows twice, once with the former at Martinsville (14th) and the latter at Richmond (17th). That includes two poles and three outside poles for a total average start of 4.9. Scary good.

1: First-time winner in 2014. That number would have been zero had it not been for Aric Almirola‘s rain-shortened victory in the Coke Zero 400 last weekend. Where are the first-timers this year? It could be that the series has been running out of them, plain and simple, but it also gained a wealth of new contestants with this year’s substantial rookie class. Dillon and Larson are certainly two drivers that could add their names to the list by the end of the year, making Almirola not have to sit alone in the category. Otherwise, while there’s been a good variety of different victors this year, the winners list could be more of the same.

4: Drivers who have made their Sprint Cup debut. That number will increase to five this weekend after Eddie MacDonald takes the track for Go FAS Racing. With Ryan Blaney, Alex Bowman, Brett Moffitt and Michael Annett all stepping up for the first time, it appears the sport is getting more new blood into the series, something that it’s been lacking in previous years. That number will likely increase as the second half rolls on, which should be encouraging for the youth of stock car racing.

27: Points ahead of second Jeff Gordon currently is in the standings. Sure, it won’t matter come the Chase how far you’re ahead, but Gordon’s impressive start to 2014 still has many scratching their heads and others hooting and hollering with reckless abandon. A lot of people said Gordon wouldn’t come close to another title, and while there’s still a whole second half left, the fact that he’s kept it up front for this long — and even won — is incredibly encouraging for those who stood by him. For a driver who’s rumored to be on the brink of retirement, that’s pretty impressive.