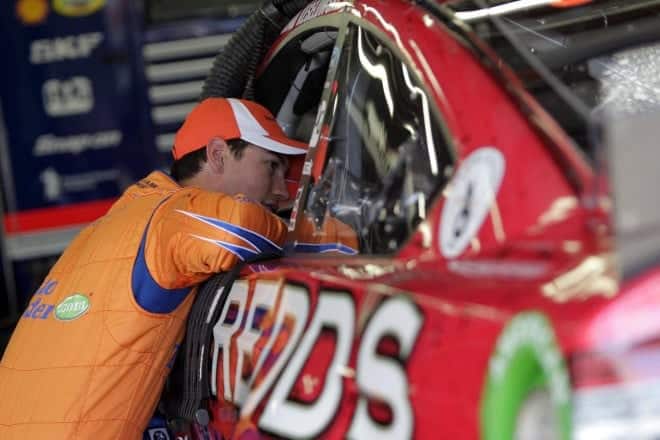 For the second time in the last three races, Team Penske was on top of their game.  Brad Keselowski turned in a dominating performance, seeming to easily weave his way to the front no matter what  others strategies were thrown at him.  Joey Logano was making a valiant attempt at keeping up with his teammate and running in the runner up spot when taken out of the race.  It is the prime time of the year to be peaking, especially with the Chase at the front of the competitors’ minds if it had not been already.  New Hampshire Motor Speedway is the only track during the summer months that the Cup Series revisits during the last ten weeks of the season, but does it translate to their return in September?  In the post-race interview on the Performance Racing Network, Keselowski stated that he did not believe so.

“Past success does not guarantee future success.”

Basically, he expects that teams are going to analyze what Team Penske was able to do on this particular Sunday, and step up their game a little over two months from now.  The statistics back it up as well.  The only year since the Chase began that a driver swept both races was the first one, in 2004 by eventual champion Kurt Busch.  On six of those occasions, the summer winner did not even lead a single lap in the fall.  Perhaps the track that could show the greatest indicator of what to expect toward the conclusion of the season may actually not be providing any greater amount of information.  Even if the stats backed up the idea they are just numbers after all, as fascinating as they can be to look at and analyze.

Rather, execution is high on everyone’s lists and should be for everyone else now that Penske has set the bar in recent weeks.  Before, it was Hendrick Motorsports, and it could revolve back around to them, or another team like improving Joe Gibbs Racing or someone else.  Point blank, the team that performs the best in the current state and has a little bit of luck on their side when it comes down to where it all counts will be the one celebrating in November.  Keselowski feels that the team can do even more in addition to their three wins already this season.

“I think we were fast last year at this time, but we weren’t executing,” said Keselowski in the post-race press conference.  “This year we’re executing which is really important, as well, and we have a lot of momentum and I think we have a lot of potential still left in our team that we’ve got to keep working to get to because everybody is going to turn it up a notch when the Chase comes, and we know that, and we need to have another gear to grab to be able to run for a championship here in 2014.”

What was also remarkable is that the team did not test for this event like several others.  Testing is something that organizations invest a significant amount of funds into, but it has always been shown that extra track time does not always directly relate to success when the green flag drops on race weekend.

“Well, I don’t think it’s a test that guarantees success,” said Keselowski.  “It just maybe highers your probability. We tested here last year. I thought we had a great test, and I thought we had great cars, and things just didn’t come together for us, whether it was execution, strategy, whatever it might have been.”

Opposite to the old cliche, it does not always appear  to be proven technically that practice makes perfect in NASCAR.  Of course, when is perfect normally mentioned in racing?  Drivers and teams are always working to improve even when they are winning on frequent or consecutive occasions.  Those constantly working on fine tuning results typically get the most consistent results.  Nevertheless, Brad admitted that he wouldn’t have turned down the opportunity to test, but at the same time Sunday’s performance wasn’t due to one specific aspect.  The whole package put together equaled success.  Testing may not always help, but it certainly does not hurt.  We’ll see if the future tests that have been saved up will translate to any result.

Having the confidence and momentum in July definitely does not hurt as well when focusing toward the remainder of the year.  The ebb and flow of the power (or lack thereof) shift between teams back and forth and seeing what each of them has remaining to offer heading into the ever important autumn months sure does make the continuous chain of events intriguing.

Keselowski’s Dominance: What Does it Mean for September?

It means that the rest of the teams better get to work and figure out what they need to do to beat him.

It doesn’t mean anything because the entire Chase is a gimmicky crapshoot as dependent on luck as on skill. Morgan Shepherd bounces off of him in a Chase race and he is done.

Same thing it always means in spec racing. HMS had a streak where they appeared unbeatable. Now Penske’s engineers have leapfrogged past them. So whoever comes up with the latest upgrade will win. Simple as that its not magic its physics.

I think Logano’s day is more indicative of what could happen in the chase than Keselowski’s… one mistake by another driver and you could be eliminated in the blink of an eye.