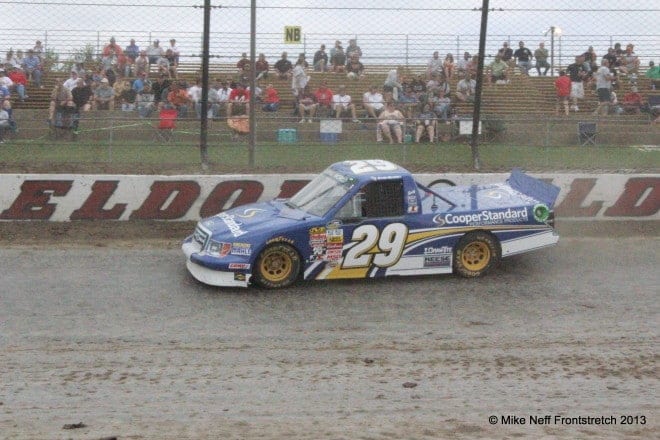 So, NASCAR Chairman and CEO Brian France doesn’t like the Race Team Alliance, the new partnership between nine of the NASCAR Sprint Cup Series’ biggest teams. Is anyone surprised? Shocked? How about stunned?

No? None of the above?

The fact is that an “alliance” of any sort between the teams would not be a good thing for NASCAR because it means the people who have been under the sport’s thumb all this time are attempting to gain some sort of leverage. They foresee some problems that will be, or already are, affecting their bottom line, and they don’t feel like NASCAR is helping any. So they did something about it. Of course NASCAR wouldn’t like that because these people—who have been indirectly employed by the sanctioning body by virtue of their being competitors in it—now want some equal say in the things that are done.

And wouldn’t you know it that France doesn’t think the RTA is necessary because, according to him, NASCAR wants to listen to as many voices as possible in order to fix problems in the sport. Only, would the RTA have felt the need to formally align if they felt like they had a voice? Would the RTA even exist at all if they had felt like some problems were being addressed and the sport was heading in a positive direction?

I think we all know the answer to these questions, but the problem is that now, with this new alliance, NASCAR may not hold all the power. Obviously Hendrick Motorsports, Joe Gibbs Racing, etc., etc. are powerful entities within the sport, but NASCAR has been judge, jury, and executioner basically since its inception. Now, the RTA threatens that, or hopes to. Why would NASCAR’s highest executive want that?

I’m not a France-basher like some of you are. But I don’t buy into the propaganda NASCAR is throwing out there regarding the RTA. When the sport’s top and closest competitors feel like there is such a large problem that they are willing to assist each other in order to fix it, I take it seriously. And so should the sanctioning body.

“I missed Brian France’s interview and everyone only seems to be talking about what he said about RTA. Did they talk about anything else, like schedule changes and what-not? I know there have been rumblings that the new TV schedule might mean changes to the race dates.” Victoria

France did briefly discuss schedule changes, but didn’t announce anything official. In fact, the only track he mentioned by name was Bristol, saying that they had had weather-related issues for several years. I took that to mean to expect that at least one of their dates will be different next season, but he may also have just been using the track as an example.

However, France really played down any schedule changes and basically said that the changes next year will be minor and just a movement of dates rather than an entire realignment of the whole thing. Basically, it will be the same thing over the last several years where a few race dates change hands but nothing major moves around.

We’ll know soon enough what those changes are. The schedule comes out in September and we’ll know for sure how much change is considered “minor”.

“What was the Ruffalo guy doing at the track, talking about the environment and what-not? I really wish politics would stay out of this sport. We watch it for an escape!!” Joan

Mark Ruffalo was at Chicagoland Speedway to support Leilani Munter, who was running a car in the ARCA race that was sponsored by Ruffalo’s The Solutions Project. Munter is a racecar driver but she is also an environmental activist and had several promotions going on over the weekend to further that point of view, such as using a solar-based power source in her pit box during the race.

Since this was just an ARCA race, I’m really thinking it wasn’t that big of a deal. It’s not like the entire weekend was full of solar panels, vegetables, and hybrids. It was mostly just a one-day event with Ruffalo and Munter harping about the wonders of renewable energy.

I guess I don’t understand why it’s so controversial, though. I get that not everyone believes in global warming, but that doesn’t mean that it’s wrong to try and find ways to positively impact the environment or use cleaner energy sources. Heck, isn’t that something that all of us can get behind without controversy or is it just easier to complain about it?

I don’t like having ideologies shoved down my throat any more than the next person and I agree that topics that are controversial in nature don’t belong in sports. But I don’t understand how anything that Munter or Ruffalo did or said was wrong. Are you offended by the recycling bins at the track too? Do you key a hybrid every time one parks next to you? Does your head explode when someone says the word “green”?

Here’s a suggestion: Find something more important to channel that energy into, because the campaign enacted by Munter and Ruffalo over the weekend was completely harmless.

“All this hype surrounding the Truck Series is really exciting to see. Even at regular standalone events, these guys and gals don’t get the same level of attention. Is it possible NASCAR might add another dirt event to the Truck Series somewhere down the road? I just think it’s important to introduce more people to this series and this seems like a great way to do it.” Dario

I guess there is always the possibility, but NASCAR hasn’t expressed any interest in doing that and, honestly, I don’t think they should. If NASCAR adds another dirt race to the schedule, Eldora loses some of its luster and the allure of dirt doesn’t exist anymore. Eldora Speedway officials have said that people are coming from as far away as New Zealand to see the race. Now, do you think that race would be as big of a draw if there were one or two more like it on the schedule? I highly doubt it.

Dirt racing is arguably one of the best forms of racing out there, but keeping it new, fresh, and exciting in NASCAR means not over-saturating the market. Having Eldora as the lone dirt track event on the schedule makes it a huge draw and I’m sure NASCAR would like to keep it that way.

I’m not saying that adding another dirt track race to the schedule is impossible, but I wouldn’t hold out hope that it will happen.

Summer, your youth is showing. “Bashing” is not a word I would use in regard to ligitmate gripes and concerns. Many websites that cater to Nascar fans find the lowest dregs of society that offer nothing of value other than to drive home their dislike and hate for a particular driver in the most vial way. It doesn’t matter if the driver was right or wronged..the man child living in Mom’s basement for a couple of hours a day on HER internet dime..rips childish statements and equate as fact. This place however everyone seems to love racing and what Brian has done to it..for the worse. We still love racing despite Brian. The RTA in this era is long overdue, what will happen is anybody’s guess. It seems this man crawled out of his crib and into the corner office, without any detours (life lessons) or knowledge to afford him the privelege to reside there.

KB I agree. Summer Bedgood (bond girl) is clearly showing her youth, but remember she is a “fast rising young talent” though that is much open for debate. What’s amazing is she has to belittle and criticize a fan each and every week. In regards to the question about why the global warming nut jobs were at the ARCA race, the bond girl comes back with “Do you key a hybrid every time one parks next to you?” Really bedgood the bond girl? You have to attempt to degrade her with that extreme of a comment? So her not wanting to have this global warming garbage shoved down her throats translates in to her wanting to vandalize someone’s car? How did you get to that stretch, up and coming star journalist?

One of nascar’s big draws for me is that nothing about it is important. Heart attacks are important, NASCAR is just a wonderful way to get away from health, bills and politics. So whatever the cause, whether I believe in it or not, I hate seeing politics at the race track. The fact that he is a colossal ass aside I think that is why Bill Clinton got booed at a NASCAR event. People just want to escape it all for a few hours. PS: What is KB still doing here? I heard someone turned him in to the thought police

I don’t know if I’m a “France Basher” or not. I do not think that he’s even remotely good at his job; I’d even go so far toi say he’s inept. I’ve said this before and I’ll say it again… if her were a real CEO who answered to a real Board of Directors, he would have been fired long ago. No legimate corporation would keep a CEO around who has such poor results (ratings, attendance, declining popularity) to show for his tenure.

I don’t call that bashing, I just call it telling it like it is.

I would imagine the schedule changes next year would involve whatever date Easter falls on and scheduling around it.

In regards to Bristol, I mean.

I am not anywhere near an environmentalist but I actually met Leilani Munte along her drive from Charlotte to Chicago during one of the Tesla recharging stops. I stopped just to see a race car driver and she is a vegan, environmentalist, has cats and a very nice person. I eat meat, hate vegetables and fruits, have dogs and once I told a rental car place to go steal me a car from another agency when they tried to give me a Prius. When she asked if one of the Tesla’s parked there was mine I pointed to my CTS-V and sain nope, I drive that and it gets 9-11 mpg depending on how much I’m on the supercharger and we talked like we could have been best friends and didn’t judge. I learned something and I think she learned from me some things from me too since we are in the middle of fracking anywhere that they can here we actually had a good conversation about that along with some racing stuff.