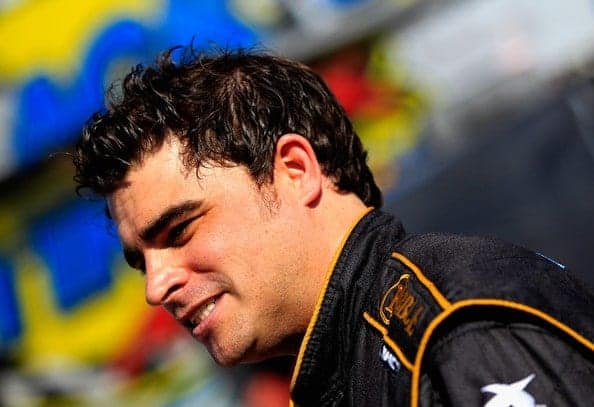 “Jason is a great driver and always has an upbeat attitude and that is what we strive to build NTS Motorsports around,” NTS Motorsports Vice President of Operations Dwayne Gaulding said. “We had a few races still open and Jason was available. With Jason’s level of experience and the equipment that Jeff Hensley, Ryan McKinney and the entire NTS Motorsports team is putting on the race track, I’m one hundred percent confident in them and know they have the ability to go to victory lane on Saturday.”

While racing around the tricky triangle, White will raise awareness for Autism Speaks, which supports individuals  with Autism spectrum disorder (ASD). Autism is a term used to describe a group of complex disorders of brain development.

White has raced at Pocono previously five times, including a pair of Sprint Cup Series starts. In 153 career starts in the Camping World Truck Series, he has nine top-5s and 21 top 10s.

“This is a great opportunity that Dwayne and Bob Newberry are giving me and to be back with Joe Denette and NTS Motorsports. We are going to be racing and raising awareness for Autism Speaks. Pocono has always been one of those race tracks that I really enjoy racing at.” Jason White said. “It’s a very difficult track and completely different than anywhere else we race. I really wish the truck series would race there more than once a year.”

White will work with crew chief Ryan McKinney, who sat atop the pit box, guiding Brennan Newberry to a fourth-place finish at Pocono in the ARCA Racing Series.

“Jason is a veteran in the NASCAR Camping World Truck series, he has been around for several years and knows how to position himself throughout the race,” McKinney said. “It will be fun working with him alongside our teammate Justin Lofton and hopefully we can put the No.9 NTS Motorsports Chevrolet in victory lane.”