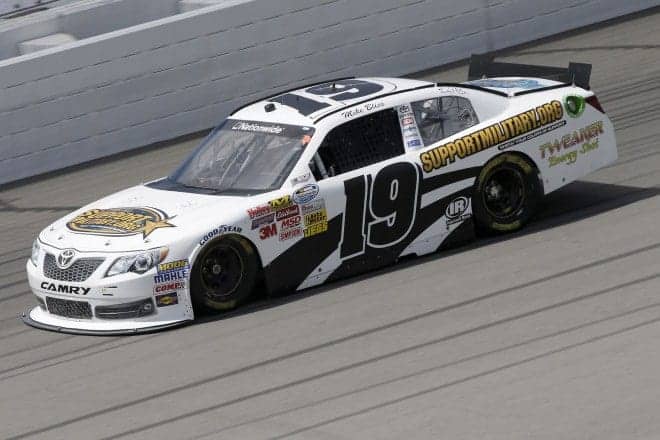 TriStar Motosrprots announced that Hermie Sadler will drive the No. 19 Toyota Camry for TriStar Motorsports at Bristol Motor Speedway on August 22nd and at Richmond International Speedway on September 5th. It will marks the first Nationwide Series start for the FOX Sports 1 analyst since 2010.

“I am thankful to my friends at The Virginia Lottery and to Mark Smith and his staff at TriStar Motorsports for making this happen,” Sadler commented. “Getting to race again on two of my favorite tracks, as well as promote some once in a lifetime opportunities from the Virginia Lottery, is exciting for me.”

In a series of events, lottery players and NASCAR fans have the chance to become honorary crew members, attending the NASCAR Awards banquet in Las Vegas as a guest of Sadler, and chance to win other prizes. The events will be taking place at the following places on the dates list:

There will also be associate sponsorship from Black Wolf Harley Davidson in Bristol, Va, Quaker Steak and Lube in Bristol, and The Maxxis Mid-Atlantic Dirt Series.