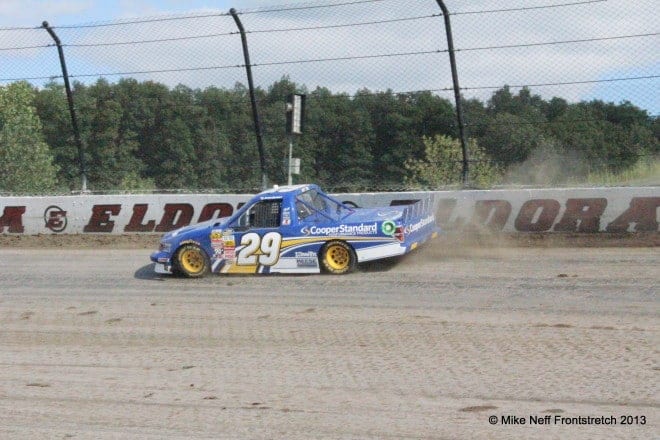 With the success of the Eldora Truck Series event, could a Cup race at the facility be on the horizon? Credit: Mike Neff

Last week, riding on the success of another strong showing at Eldora Raceway for the Camping World Truck Series, Tony Stewart expressed interest in bringing the Nationwide Series and Sprint Cup Series to Eldora in the future.

While Stewart may have those hopes, NASCAR Executive Vice President Steve O’Donnell said discussions of those nature haven’t happened.

“We haven’t had any discussions with Tony beyond that (truck race),” O’Donnell said per Sporting News. “I wouldn’t rule out looking at potential other venues for trucks, but I think for the most part, we want to keep the uniqueness of that event. It has been really successful.

“They have done a great job for us. They set the bar very high. But we like where we’re at right now with it.”

O’Donnell added that one of the challenges in placing a Cup race at the track would be having enough room for those who would be willing to camp, given the size of the facility and the fact it only has 18,000 seats, plus hill-side seating for general admission.

The fans would love a Cup race at Eldora so you can bet the ranch that it will not happen. Maybe the banner below the television adds should read, NASCAR 2014 Fan Deaf and Stupid.