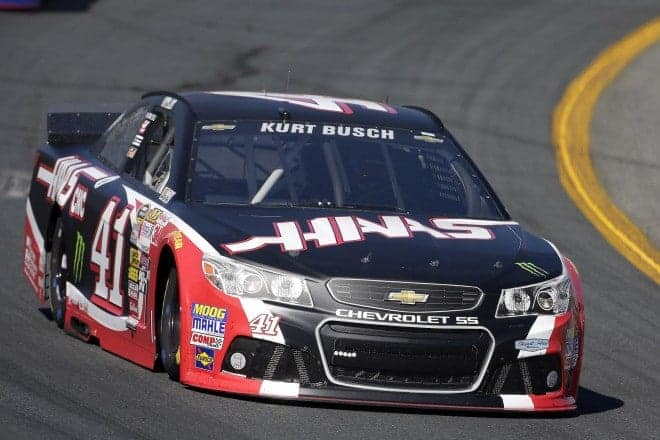 On Friday morning, the Sprint Cup Series teams took to the 2.5 mile scalene triangle known as Pocono Raceway for 90 minutes of practice ahead of this afternoon’s qualifying session. Speeds were a bit slower than in June, but still quite fast.

Kurt Busch turned in the fastest lap of the session at 49.902 seconds (180.353 mph) in his No. 41 Haas Automation Chevrolet. That lap was half of a tenth of a second faster than Team Penske’s Brad Keselowski. They were the only two drivers to turn in a lap under 50 seconds.

June’s race winner, Dale Earnhardt, Jr., was ninth quickest. Other notables include Kevin Harvick in sixth, Danica Patrick in 11th, Jeff Gordon in 15th, Kyle Busch in 18th, and Jimmie Johnson back in 30th. As there are only 43 cars entered, everyone will make the race.

Qualifying is scheduled to start at 3:40 PM EDT. Coverage will air on FOX Sports 1.