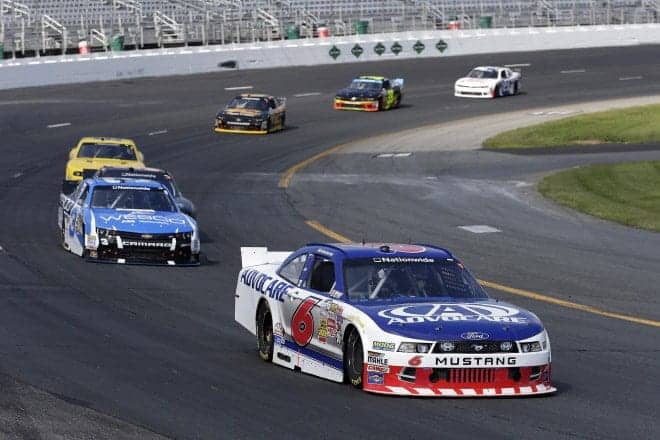 For 19 years, Roush Fenway Racing was the only place Mark Martin called home.

From 1988 to 2006, Martin won 83 races across NASCAR’s top three National Series and finished runner-up in the Sprint Cup Series points standings on four different occasions (1990, 1994, 1998 and 2002) while being a big part of helping Roush Fenway Racing become one of the premier teams in NASCAR.

Martin, who has been with several organizations in driving roles since such as Dale Earnhardt, Inc, Hendrick Motorsports and most recently Stewart Haas Racing, will prove that the saying is true that you can go home again by returning where it all started at Roush Fenway Racing.

“I’m excited to return to Roush Fenway Racing, as it feels like I’m going home to where I belong,” said Martin, who tweeted out news of his hiring about an hour before the team issued an official release detailing the plan. “I was fortunate to help build this team from the beginning, and it’s very humbling to be a part of Jack’s (co-owner Jack Roush) team again. When Jack first hired me in 1988, we didn’t talk about salary or benefits or perks; we talked about testing, tires and putting the right personnel into place to win on the track. That commitment is what stood out to me then and it’s still what stands out to me today.”

Martin’s hiring proves to come at a critical time for Roush Fenway Racing. The team’s driver lineup for next season will have a significantly younger look to it as Trevor Bayne, Ricky Stenhouse, Jr. and Greg Biffle will drive the three RFR entries in the Sprint Cup Series next season.

“Nobody does a better job at developing young talent than Jack Roush,” Martin said. “Roush Fenway has an abundance of young, talented drivers, and I’m looking forward to working with each of them going forward. I am very proud of what Jack and I were able to accomplish together and I am excited to expand on those accomplishments.

“I understand what it takes to succeed in this business and appreciate the hard work, dedication and focus required to compete at the highest level week in and week out. We have a great crop of young drivers in Ricky and Trevor, as well as with the (Nationwide Series) rookies Chris Buescher and Ryan Reed and, of course, the veteran leadership with Greg Biffle. It will be a key part of my job to help them develop their skills behind the wheel and get the most of their exceptional ability.”

Team co-owner Jack Roush expressed the importance of having Mark Martin back in the fold at RFR.

“The thing that always stood out about Mark was his unmatched drive to win,” said Roush. “Mark put us on the map and I am pleased to have him as a part of our team again. Mark is not only a good friend but he’s also a fierce competitor, and I truly admire his passion and dedication to racing. I have no question that you will be able to see his influence on our young drivers. He understands what it takes to win and to be able to do that on a consistent basis, and he’ll, once again, be a great asset to have back within our organization.”