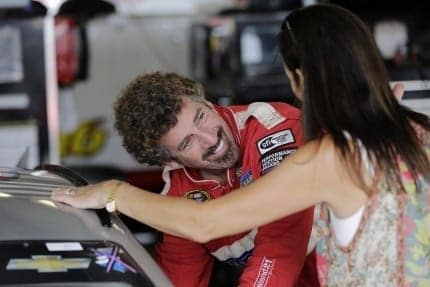 Go FAS Racing announced on Monday that Boris Said will drive the No. 32 Ford Fusion in the Sprint Cup Series race at Watkins Glen on Sunday, August 10th with sponsorship from Genny Light.

“Genny Light is a fan favorite in upstate New York. It’s brewed in Rochester about an hour and a half away from Watkins Glen,” Boris said. “We hope local fans will come out to see us race. The Genny Light paint looks great on the car.”

The road course ringer will make his 49th career Sprint Cup Series start and second of the 2014 season. Said has two Top 5s and eight Top 10s in his previous 48 races.

“Go FAS Racing really enjoys working with local partners on these Sprint Cup Races and we are looking to do the same with Genny Light this weekend at Watkins Glen,” team co-owner Archie St. Hilaire said.

Genny Light has been a primary sponsor for a race team for the previous three seasons.

“Genny Light has really grown in popularity over the last few years, and we’re excited about the opportunity to bring Genny back to the Glen with a racing legend like Boris Said,” Matt Goldman, Channel Marketing Manager for Genny Light, said.

The 51-year old Said currently competes full-time in the TUDOR United SportsCar Championship (TUSC) for Marsh Racing.  However, Said crashed at Canadian Tire Motorsports Park (CTMP) in July and suffered a broken rib.  The wreck forced the team to miss the CTMP round and the injury forced Said to sit out the Brickyard Grand Prix.