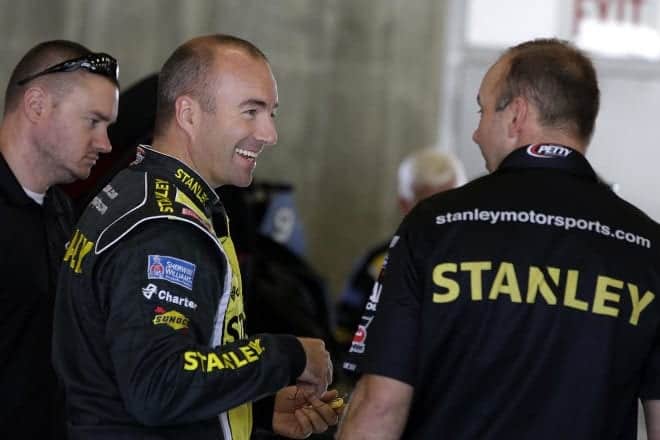 Richard Petty Motorsports announced on Monday that Marcos Ambrose will run both the Sprint Cup Series and Nationwide Series races this weekend at Watkins Glen International. Ambrose will drive the No. 09 Stanley Ford in Saturday’s Zippo 200, before driving the No. 9 Stanley Racing Ford on Sunday.

“I love going to Watkins Glen and competing there,” Ambrose said. “I am really thankful to STANLEY for allowing me the opportunity to race in the Nationwide Series and giving me another opportunity to win there. We have had a good record in this race and at this track. I’d love to win again. It will also give me and my pit crew more time on the track as we hope to sweep the weekend.”

Ambrose tested at the Glen a couple weeks ago as he is hoping to score his first victory of the season to get himself in the Chase for the Sprint Cup. Ambrose currently sits 17th in points with two top-fives and four top-10s in 21 races.