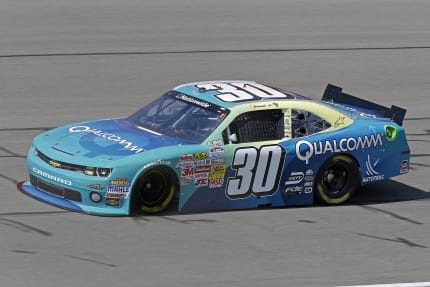 Randy Humphrey Racing announced that they will have Nelson Piquet, Jr. behind the wheel of their No. 77 Ford this weekend at Watkins Glen. It will mark Piquet, Jr.’s inaugural Sprint Cup Series start and his first NASCAR race of 2014.

After making numerous starts for Turner Scott Motorsports in both the Camping World Truck Nationwide series in previous years, Piquet, Jr. was let go from the team at the end of the 2013 season when sponsorship could not be secured. In 91 combined starts, the Brazilian has three wins in the trucks, as well as a win at Road America in Nationwide. He has also scored 16 top 5s and 35 top 10s in his career.

“Ever since I made my NASCAR Nationwide Series debut at The Glen in 2010, I’ve wanted to do the same in a Sprint Cup car,” Piquet said in a team release. “I’ve really enjoyed racing in other series this year, but I’ve missed being in the NASCAR garage. I’m very grateful to Randy Humphrey, Bray Pemberton and WORX Yard Tools for making this opportunity happen.”

It also marks a return for Randy Humphrey Racing to competition, They have missed most of the summer due to sponsorship woes and have since undergone a complete restructuring. They will have support this weekend from Worx Tools, and Steven Lane will sit atop the pit box in the organization’s limited schedule for the remainder of the season.