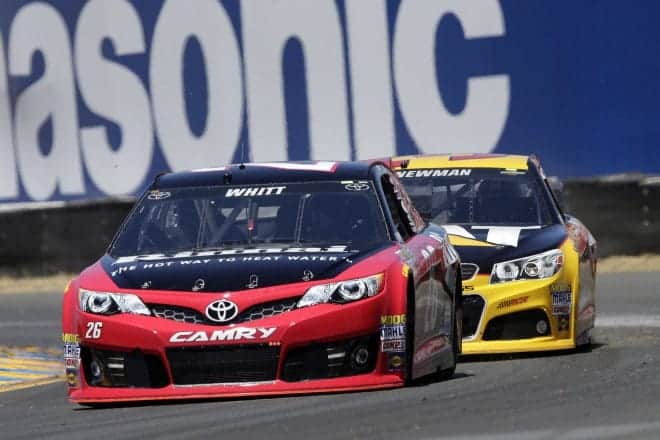 BK Racing announced on Wednesday that Bully Hill Vineyards, a Hammondsport, NY producer of wine, will serve as the primary sponsor of the No. 26 Toyota Camry driven by Cole Whitt. It will be a one-race deal.

Representatives of Bully Hill Vineyards are very happy to be involved with BK Racing.

“We’re extremely excited to partner with BK Racing and driver Cole Whitt for the Cheez-It 355 at the Glen,” said Sean King, Marketing Director for Bully Hill Vineyards. “Being right in our backyard and the birthplace of our rich racing history we are thrilled to continue this experience with Cole and the BK Racing Team at the Glen this Sunday!”

“We are privileged to have Bully Hill Vineyards, a Finger Lakes Region company and New York State’s second largest winery, supporting BK Racing and Cole Whitt this weekend at Watkins Glen International,” Marlowe said. “The NASCAR Sprint Cup Series team sponsorship platform has proven to be successful for the Taylor Family, and we are optimistic that we are poised to deliver a nice return on their advertising.”