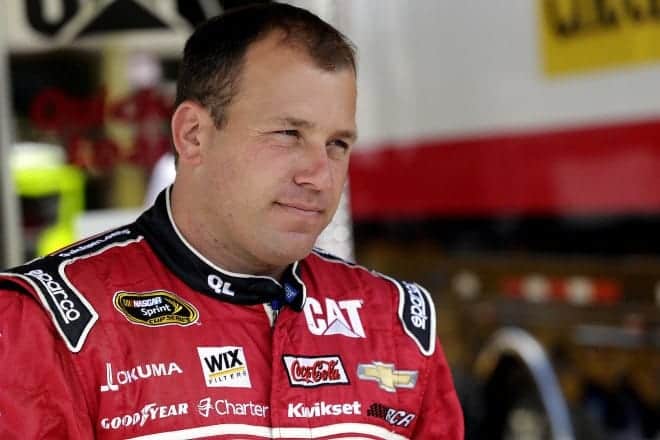 Welcome to the Frontstretch Five, a brand-new column for 2014! Each week, Amy Henderson takes a look at the racing, the drivers, and the storylines that drive NASCAR and produces a list of five people, places, things, and ideas that define the current state of our sport. This week, Amy has five rookie campaigns that set the bar in NASCAR.

Even before 2014 began, there was talk centered on a Sprint Cup rookie class that was the deepest in recent years. The rookies started off 2014 with a bang, with Austin Dillon returning the No. 3 to the track and doing so in style, winning the Daytona 500 pole. Dillon and fellow rookie Kyle Larson are currently in the heat of the battle for Chase berths. Larson has four top-5 finishes and nine top 10s, numbers that equal some veterans, and is currently 12th in points. Dillon has a pole, a top 5 and three top 10s and sits in 15th on the points chart. Several other youngsters are running for smaller teams, and considering their level of funding, are developing well as well. But how does this year’s class stack up to the best rookie campaigns of the modern era? See for yourself.

Johnson’s 2002 rookie campaign has set the bar for other rookie performances before or since, and it set that bar high. The 26-year-old Johnson fired a warning shot early, becoming the second rookie to sit on the pole for the Daytona 500, the first of five poles he won that year. By the tenth race of the year at Fontana, Johnson had already scored six top-10 finishes, and he made it seven that weekend with his first Cup Series win. He went on to win twice more, sweeping the season at Dover, and by the time the season was down to its final seven races, Johnson found himself in a position in which no rookie had been in NASCAR history: on top of the Cup Series points standings. Johnson’s average finish in his rookie season was 13.5, and he finished the season fifth in points with six top 5s and 21 top 10s The season was a display of what was to come for Johnson and set the standard for first-year drivers.

Stewart’s first year was, at the time, the winningest season ever for a Cup rookie as the former IndyCar champion took his first Cup Series victory at Richmond in September and went on to win at Phoenix and Homestead as the year wound down. When the dust cleared, Stewart had 12 top-5 finishes, 21 top 10s, and boasted an average finish of 10.3, a mark he has topped just once since, with a 9.9 average in his 2005 championship season. The 28-year-old Stewart also had two poles in his first year, started on the front row in the Daytona 500 and led over 1200 laps in competition. In some areas, his Rookie of the Year winning numbers surpass Johnson’s, though the latter gets the top ranking here due to his unprecedented points lead.

Until Tony Stewart showed up and won three times as a rookie, Allison’s two wins had been unmatched for more than a decade. The 26-year old second-generation driver started on the front row at Daytona and backed that second-place start up with a pole at Rockingham the very next week. His first win came nine races into the season at Talladega, and Allison won again two weeks later at Dover. He finished the season with two wins, nine top 5s and 10 top 10s. Allison also claimed five poles and had an average finish of 14.2. He finished 21st in points, but that’s because he was only running a partial schedule for car owner Harry Ranier. Allison ran just 22 weeks of the 29-race schedule that year but still won Rookie of the Year Honors over, among others, future Hall of Famer Dale Jarrett.

Like Allison, Earnhardt ran just a partial schedule in 1979, but still took the Rookie of the Year title and racked up some impressive numbers in the 27 races he ran. Earnhardt’s first career win came in the season’s seventh race, at Bristol. Earnhardt won just that one race, but also scored 11 top 5s and 17 top 10s along with four poles and an average finish of 10.7. Earnhardt led more than 600 laps. A year later, Earnhardt had a new title to go with his

How does a driver make the list while competing with Jimmie Johnson’s stellar rookie campaign? By beating Johnson for Rookie of the Year. Newman, not Johnson, won the rookie title in 2002, and he did it by putting up numbers as good as Johnson’s in many areas. Newman had just one win as a rookie, at Loudon in the fall, but in 36 races, put up 14 top-5 finishes and 22 top 10s…besting Johnson in both categories. Newman led fewer laps than Johnson (754 to Johnson’s 836), his average finish was one position lower, and Newman finished sixth in driver points, one spot behind Johnson. Overall, 2002 ranks as the best performance ever by two rookies, with two young drivers matching the veterans every step of the way.

Looking back I still think Johnson should have won the ROTY. Kind of glad he didn’t with all the success he’s had since (spread the wealth a little).

Also, I recently watched a dvd of the complete 1979 Daytona 500 and it was very apparent that Dale Earnhardt was going to be a winner and have a successful career. For being a rookie he was mixing it up with the best of them.

Now it seems the ROTY is an afterthought. This is the first year in the last 10 where the contest has even been worth talking about. The new model is to get the “rookie” in as many races as possible (more than the 7 race cutoff) in the year before they officially become rookies.

What about Hamlin? 2 wins, 3rd in points and ROTY and you do not include him.

Bill, I remember being surprised that Newman got the nod over Johnson. First because of the natural deference that the higher-ups seem to have to Hendrick Heroes, and secondly because did Johnson beat him in the two most noteworthy stats.

One could argue that Stewart and Johnson’s teams’ performance was unsurprising, even if the drivers themselves did impress. Both teams were coming up on or coming off of title runs.

Also used to be that you’d see which rookie driver would go on to join which contending team. Now they’re expected to win in a year or two or “they don’t have what it takes.”