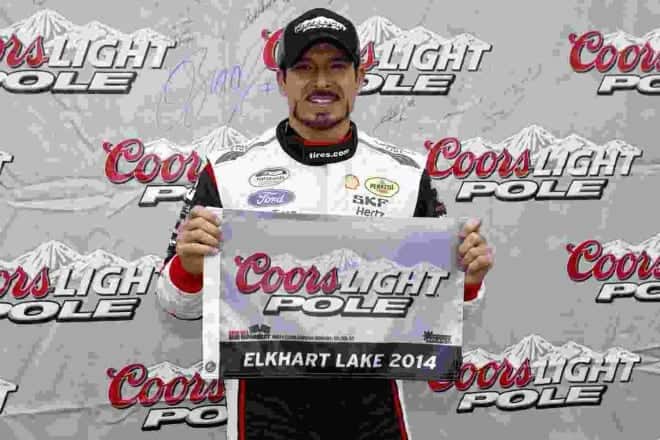 Two Canadian drivers have decided they’ll take their talents to the Camping World Truck Series when the circuit visits Canadian Tire Motorsports Park at the end of the month.

Brad Keselowski Racing announced Tuesday that Alex Tagliani will drive the No. 19 Ford F-150 in the Aug. 31 Truck Series race at the road course. A native of Montreal, Canada, Tagliani has five Nationwide Series starts over the past six seasons, including a second-place finish earlier this year at Road America.

“It’s an honor to get a call to drive for Brad’s team this year, especially after sharing the No. 22 Team Penske Nationwide car with him for two races,” Tagliani said in a press statement. “It will be my first time competing in the NASCAR Camping World Truck Series, but Mosport is a great track to drive and I am hoping to be able to help the team with a strong result.”

“Alex did a heck of a job in the Nationwide car for Team Penske at Road America and I knew I had to put him in one of my trucks,” Keselowski added.  “I’m looking forward to seeing what he can do.”

While it marks Tagliani’s first Truck Series start, he has a lot of road/street course experience from running the NASCAR Canadian Tire Series, Tudor SportsCar Championship and Verizon IndyCar Series.

It was that experience that led Tagliani to helping Ray Courtemanche, Jr. in his test earlier this week at Virginia International Raceway.

Courtemanche is entered into the race at Canadian Tire Motorsports Park as well, planning on driving the No. 07 Cite de Mirabel truck for SS-Green Light Racing.

“I’m really excited to drive in the Camping World series,” Courtemanche noted in a statement. “For me it represents climb another step in my career. We will use our presence in the United States and the Camping World Truck Series international platform to raise awareness of the City of Mirabel with major banners, as an accelerator for the distribution of aircraft Blackshape in the United States and as launch pad for our future projects internationally.”

Courtemanche has made 29 NASCAR Canadian Tire Series starts with one career top-10 finish.