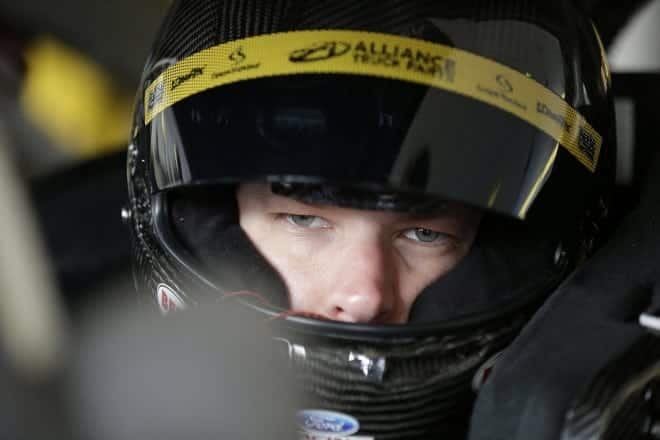 On Tuesday, Brad Keselowski was the featured guest on NASCAR’s weekly media teleconference call as he heads into this weekend’s event at his home track of Michigan International Speedway. During the media teleconference, Keselowski was asked whether he thinks NASCAR should make a rule prohibiting drivers from getting out of their cars on track following an incident in order to express frustration with a fellow competitor.

“Whew, I hate to put myself in NASCAR’s shoes,” said Keselowski. “I think sometimes we put so many rules in place, it’s almost impossible to enforce them all. I don’t know what the line is or if there should be a line or an area that needs a rule.  Man, I’m glad I don’t have to make that decision. At this point I think I don’t know.”

The question was in direct reference to an incident that happened at Canandaigua Motorsports Park involving three-time NASCAR Sprint Cup Series champion and local driver Kevin Ward, Jr. Stewart and Ward made contact on the track during a sprint car race and Ward spun around and hit the wall. Ward immediately got out of his car and ran across the track, gesturing angrily as Stewart came back around. As Stewart drove by, his right rear tire struck Ward. 20-year-old Ward was pronounced dead upon arriving at the hospital.

Keselowski has been in the position of not staying near the safety works after an incident, most notably during the last Nationwide Series event at Kansas Speedway. Keselowski got out of his car and ran across the track, up pit road, behind the wall, and to the infield care center.

Keselowski added that seeing a driver’s emotion displayed front and center is something that has become a big part of the entertainment value in NASCAR.

“I think if you look at the highlight reels that are shown, you think of Bristol, you think of Tony, other drivers at Bristol that have been known for it, Danica, whatnot,” he said. “It certainly has become common, accepted practice.”

While everyone has been expressing their opinions on the events that happened on August 9th, Keselowski feels that people should let the dust settle and then discuss any changes once everything has cooled down.

“Certainly a lot of emotion charged on this topic, which is good in the sense that people care,” Keselowski continued. “I don’t want to understate that.  But it’s obviously still very, very tragic, and still very, very fresh, a raw wound. You know, I think the dust has to settle before anyone can have really a full opinion on it.  Right now, I don’t even think everybody has all the facts.  I think we have to get to that level first.

“For me personally, have some respect to the family, get through their process, then kind of dig into the hows, whys, whats, how we can possibly prevent something like that happening in the future.”

Keselowski is currently fourth in points with three wins on the season. Meanwhile, Stewart still has yet to decide whether or not he will race in Michigan this weekend.