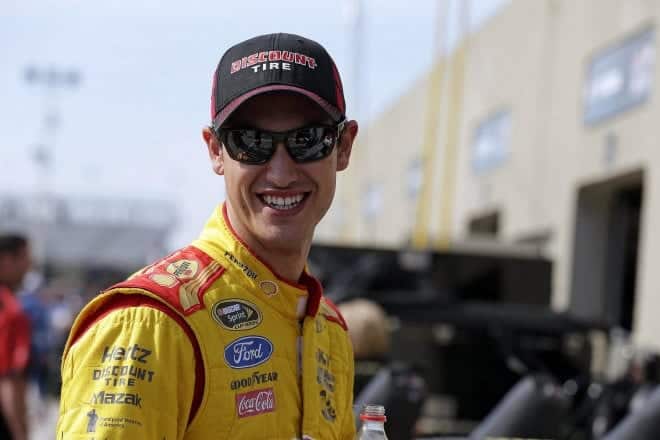 Racing is a dangerous sport. That is something that will never change for as long as cars are competitively raced against each other on circuit tracks. But over the years, we seem to have lost sight of this fact. When drivers crash into walls at over 200 mph and jump out of the car without a scratch, we delude ourselves into believing that these heroes we watch on a weekly basis are invincible. Unfortunately, tragic accidents are still a near inevitability in a sport where hunks of metals fly around a race track at high speeds. Last Saturday’s incident at Canandaigua Motorsports Park was one of those tragic accidents, a sobering reminder that this is a sport filled with peril and danger. It was the type of incident that has the power to shake a sport to it’s core, but in racing, the show must always go on.

Thus, with heavy hearts and a cognizance of the lasting impact of the events of last Saturday night, the sport will push forward, and the stars of NASCAR will race once again today in Michigan.

1. What is to be made of Tony Stewart’s absence today?

With respect to NASCAR’s announcement of a new rule requiring drivers to stay in their cars in the wake of an accident, the biggest story of the weekend was not anything uttered during a NASCAR press conference. Rather, the biggest story of the weekend was the announcement from Stewart-Haas Racing that their ace driver, Tony Stewart, would be sitting out today’s race in the wake of the Kevin Ward tragedy.

In Stewart’s place will be Jeff Burton, a longtime veteran of the sport who retired from full-time competition at the end of last year. Burton’s performance in the #14 car will obviously be a key story to watch today, but Stewart’s absence is the bigger story and one that extends far beyond today’s race.

The real question that everyone has to be asking themselves at this point is this: when will Tony Stewart return to racing? Will the #14 car simply see a revolving door of replacement drivers? Could this torpedo the team’s performance for good? What about the sponsors of the #14 team, surely they can’t be happy about their driver missing multiple races?

It’s not often in this column that questions arise which extend beyond the given race that the column covers, but this story is an exception. The #14 team is in an extremely volatile situation right now in nearly every regard, which means that the team will bear watching at all times regardless of who is driving both today and in every race for the rest of the season.

2. Could high speeds lead to a dangerous day in Michigan?

Brad Keselowski said it best during the telecast of the Truck Series race yesterday, Michigan International Speedway has become the fastest, baddest, and most dangerous track in NASCAR. With corner entry speeds approaching 220 mph in the Cup Series, Michigan has become a showplace of sorts for the incredible speeds that the NASCAR Gen 6 cars are capable of. But of course, with all of that speed comes a great deal of danger.

Sadly, we all received a taste of that danger yesterday. During first Saturday practice, BK Racing driver Ryan Truex crashed hard in Turn 2 while trying to save a slide. Truex hit the wall incredibly hard and had to be transported to a local hospital for further evaluation. Truex was found to have sustained a concussion, and thus J.J. Yeley will be piloting the #83 car today while Truex recovers.

With such unprecedentedly high speeds, there is an undoubtedly anxious vibe around today’s race. We already have seen one driver hit hard enough to require medical intervention, having someone else wreck hard enough to sustain an injury would be an even larger PR blow to NASCAR during a time when it desperately does not need it.

Exacerbating the issue even further are the supposed tire troubles experienced by a number of teams throughout the weekend. Should a driver blow a tire going 215 mph+ going into Turn 1…it won’t be pretty.

I think it goes without saying that given all of the circumstances at play, safety will be a huge story to watch all day long.

3. Can another winless driver cash in?

This topic is something that has been cropping up every week, and for good reason. With 16 spots up for grabs in the Chase, it is still entirely possible that all 16 of those spots will get filled by winners. In order to make that happen, another winless driver will have to step up and grab a win today, much like AJ Allmendinger was able to do after his furious duel with Marcos Ambrose last Sunday in Watkins Glen.

Truthfully, I see no reason why another winless driver can’t pull off a Chase-berth-clinching victory today. Looking at the group of drivers who still have a goose egg in the win column, it is a stout group who all have previous success at Michigan. Greg Biffle, Matt Kenseth, Brian Vickers, and Kasey Kahne are all drivers who have won at Michigan in the past and need a win to clinch a berth in the 2014 Chase. And interestingly enough, all four have shown speed at various points throughout the weekend.

Should another winless driver find victory lane today, it would shake up the Chase once again, leaving only three spots left in the Chase that can be garnered without wins. The pressure mounts with each passing week…

4. Who will be your winner?

For the first time in a few weeks, the race truly looks wide-open in terms of picking a favorite. Many different drivers have shown speed throughout the weekend, and many top-notch drivers will be starting deep in the field. The two drivers who seem to be a slight cut above the rest however are Jeff Gordon and Joey Logano. They will share the front row to start the race today, and each has been equally fast over the course of the weekend. Logano won this event last year, and Gordon was perhaps the most dominant driver in the June race here at Michigan. In other words, you’ll need to toss a quarter to figure out which of those two is the best pick. My money is on Logano simply because the Fords have shown a bit more speed than the Chevys overall since Friday.

As for dark horses, any number of winless drivers would make for a good pick. Brian Vickers won the August Michigan event back in 2009, and he starts 4th today. Greg Biffle is another interesting pick, as he’s won at Michigan multiple times and has shown legitimate speed for the first time in months this weekend. And of course, you have to think Matt Kenseth is good for a win here at some point

Ultimately,  I think the race will be a competitive one, with lots of drivers capable of winning. Thus, expect pit strategy to separate the men from the boys in this one. Whoever has the best combination of overall speed and strategy will be your winner.