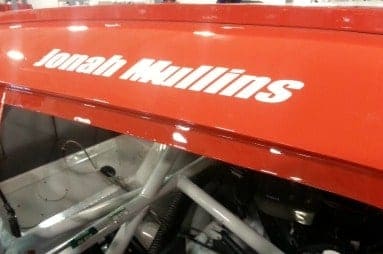 “Bristol is a tough track, so it’s fitting that the Drive to Stop Diabetes Mustang will carry the name of a tough little boy,” said Reed. “Every week I get behind the wheel of this race car, I am able to prove to other people with diabetes that you can still live a normal life and pursue your dreams. Jonah is no different; he hasn’t let diabetes slow him down either. Hopefully we can put on a good show for him.”

Eight-year-old Mullins was diagnosed with type 1 diabetes in February 2011 and enjoys playing different sports, while spending time with his diabetes alert dog, Luckie.

The ‘Riding with Ryan’ program was started by Drive to Stop Diabetes to have the name of a youth ambassador featured on Reed’s Mustang for 11 races this season; Mullins marks the fourth driver featured this year. To go along with the program, DSD will have a featured space in the fan midway, featuring a racing simulator and diabetes awareness and educational materials.

Reed finished 31st in the March race at Bristol after getting involved in a crash. The rookie currently sits ninth in points with one top-10 finish in the 22 races thus far this year.