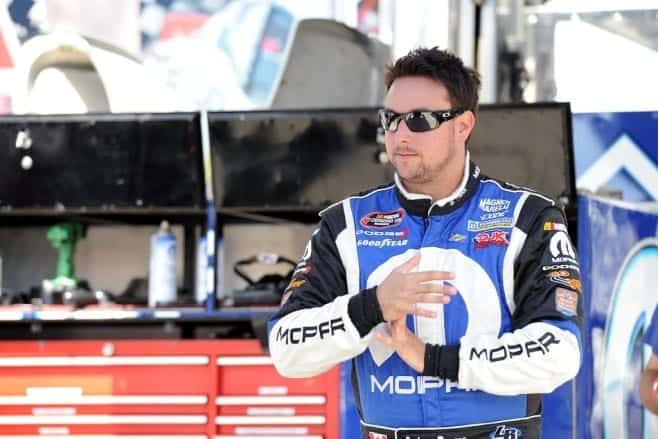 With the release of the official entry list for the Chevrolet Silverado 250 this weekend at Canadian Tire Motorsports Park, it was confirmed that there will be a third NASCAR Canadian Tire Series driver running the Camping World Truck Series event. Andrew Ranger will join fellow drivers Alex Tagliani and Ray Courtemanche, Jr. in the event on Sunday Aug. 31.

Ranger will be driving the No. 53 Dodge RAM for NDS Motorsports this weekend for his debut in the Truck Series. The deal was hinted earlier this month in a report by Michel Tasse for LaPresse.ca.

“I’ll be there for sure,” Ranger said in the article by Tasse. “I’ll even go test the truck next week in Vermont. I’m happy. ”

Ranger has driven for NDS Motorsports in the past, competing in ARCA, K&N Pro Series East and West and the Nationwide Series last year for NDS. Ranger won the ARCA race earlier this year at New Jersey Motorsports Park for NDS, and finished second in the K&N Pro East Series event at Watkin’s Glen.

Ranger’s road course experience has become handy over the years, with highlights including a third at Montreal in the Nationwide Series in 2009, two K&N Pro Series West wins, a K&N Pro East Series win and four ARCA wins.

Currently, the Quebec native is running the full Canadian Tire Series schedule and despite struggling early in the year, he currently sits third in points, 27 points behind points leader L.P. Dumoulin. The two-time Canadian Tire Series Champion has two wins in the NCAT at CTMP.