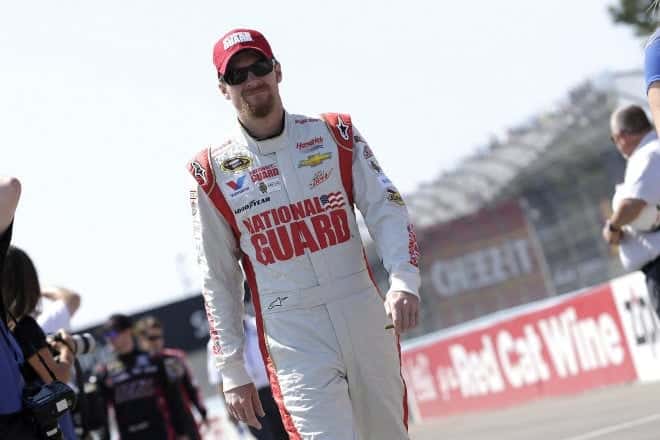 Nationwide Insurance is joining Hendrick Motorsports as a primary sponsor in 2015, but that doesn’t mean they will be absent from those racecars until then. Next weekend at Richmond International Raceway–the final race of the 2014 regular Sprint Cup Series season–Nationwide Insurance will be Dale Earnhardt Jr.’s sponsor on the No. 88 with a preview of next year’s paint scheme. Prior to the race weekend, the team will unveil the official paint scheme on their social media pages.

“I’ve worked with Nationwide for years, but never as a primary sponsor,” said Earnhardt, whose family has been insured by Nationwide for more than 35 years and who has been featured in its national advertising since 2009. “Having them on board with Hendrick Motorsports and the No. 88 team is a big opportunity, and I really appreciate them inviting me to help design the car. I’m excited for the fans to see it and look forward to kicking off the relationship at one of my favorite racetracks.”

Earnhardt has three career victories at Richmond International Raceway and, while he is solidly in the Chase for the Sprint Cup, a win for Earnhardt at Richmond (or this weekend in Atlanta) would give him some crucial bonus points heading into the final 10 races of the season.

Earnhardt has already won three races this season, the first season he has enjoyed multiple wins since 2004. He is currently second in points.