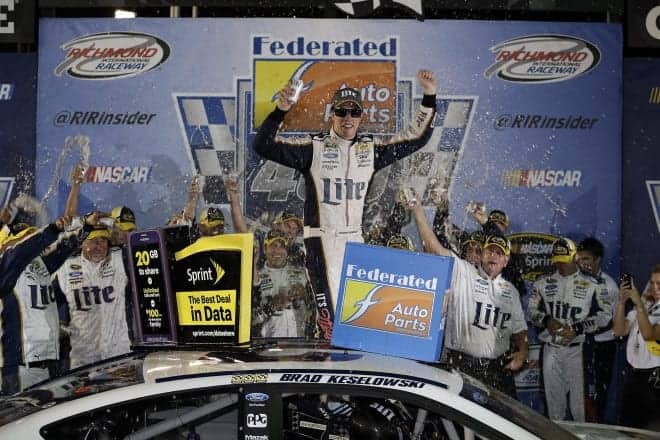 After 26 races and 13 race winners, the 2014 Chase field has been set. Brad Keselowski made a championship statement Saturday night, leading 383 of the 400 laps en route to his season-leading fourth victory. With his win, Keselowski claimed the number one seed as the Chase standing reset heading to Chicago.

Results were mixed Saturday night in Richmond, though. Half of the Atlanta Power Rankings top 10 finished in the top 10 this past weekend as well as Ryan Newman who needed another consistent run to claim one of the two remaining non-win Chase positions. Greg Biffle needed to finish 20th or better to claim a spot as well. His 19th-place finish put two Roush Fenway Racing drivers in the Chase and kept Clint Bowyer and Michael Waltrip Racing out.

The 10-week Chase begins next week in Chicago and it’s sure to be exciting as the three-week Challenger series will determine the first four drivers to be eliminated.