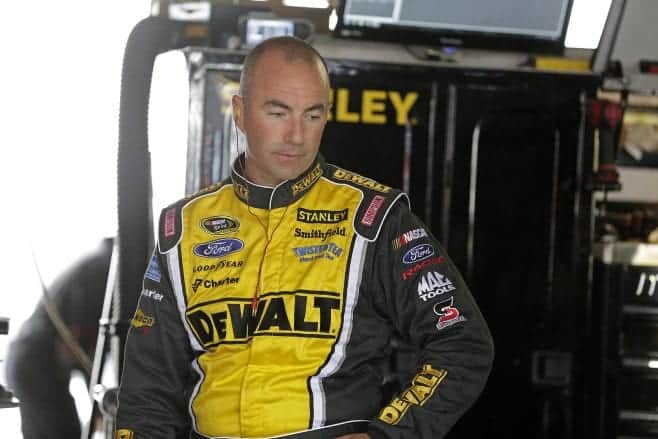 On Sunday evening, Team Penske announced the formation of a partnership between Team Penske and Dick Johnson Racing (DJR), a team with over 35 years of experience in the V8 Supercars, and its predecessor, the Australian Touring Car Championship. The new operation will race under the name of DJR Team Penske.

Dick Johnson Racing has traditionally raced Fords and the partnership will not change that setup. DJR Team Penske will field Ford Falcons full-time in the V8 Supercar Championship Series in 2015. The team’s flagship No. 17 Ford will be driven by Marcos Ambrose, a two-time V8 Supercars Champion (2004-2005). Ambrose announced on Friday at Chicagoland Speedway that he would be leaving the Sprint Cup Series at the end of the season in order to return to Australia.

“Team Penske is excited to partner with Dick Johnson Racing to compete in the V8 Supercars Championship starting next season,” Penske said in a press release. “We believe in building our businesses through racing and our success on the track. With our new business ventures in Australia, it makes sense to showcase our brands through the V8 Supercars Championship and the opportunity to work with DJR and Marcos Ambrose convinced us to go forward.”

For Ambrose, the announcement represents a move back to the series in which he earned his greatest successes, in addition to joining up with a legendary organization.

“This is a great opportunity to return home to a place that I love in a Series where I’ve experienced a lot of success,” Ambrose said. “It will be an honor to race for two motorsport legends in Roger Penske and Dick Johnson.”

Currently, Dick Johnson Racing operates under the branding of Wilson Security Racing in the V8 Supercars and fields two entries, the No. 16 for Scott Pye and the No. 17 for David Wall. Pye is currently 13th in points while Wall is 20th.

Ambrose’s track record in the V8 Supercars is stellar. In 65 career rounds from 2001-2005, Ambrose has 15 career round victories and 28 wins overall, in addition to his two championships.

While the official announcement has already been put out, Team Penske and Dick Johnson Racing will be holding a joint conference call Monday night (Tuesday morning in Australia). Ambrose, Penske, Johnson and Tim Cindric will all be on the call to discuss the announcement. More news will likely come out of the call.