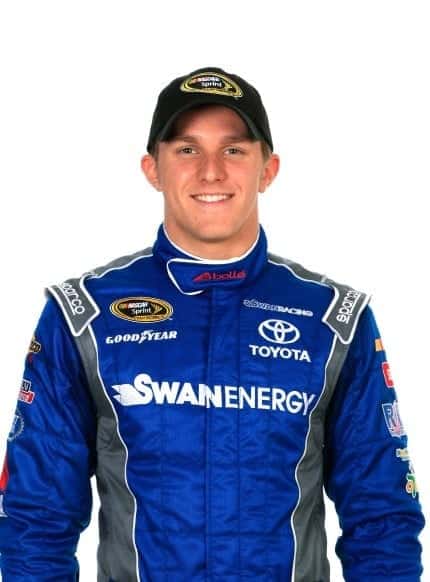 For Parker Kligerman, 2014 was supposed to be his rookie season in the Sprint Cup Series.  Kligerman had some momentum coming into the season after running well in a couple of starts at the end of 2013 for Swan Racing.  However, it didn’t take long for the entire effort to fall apart.  An incredible amount of misfortune on-track, plus a lack of sponsorship, essentially doomed Kligerman’s rookie campaign from the start.  After spending much of the season as an analyst on NBC Sports Network’s NASCAR America, Kligerman tested an Indy Lights car on the road course at the Indianapolis Motor Speedway as part of the Chris Griffis Memorial Test.

Ahead of the test, Kligerman was fairly confident of his skills.

“Ever since I drove a go-kart for the first time, my quest was to advance to the top levels of open-wheel racing,” Kligerman told FOXSports.com’s Samuel Reiman.  “I’ve always looked for opportunities that can further my career, so I want to thank Sam [Schmidt] and Schmidt Peterson Motorsports for this opportunity in Indy Lights to test an open-wheel car for the first time in eight years. Although it will be a challenge, I’m looking forward to having fun and working with a championship-caliber, open-wheel team.”

Kligerman was one of four drivers testing an Indy Lights car at Indianapolis last weekend.  Despite having not raced an open wheeled race car on a road course in eight years, Kligerman was fairly quick out of the box.  Kligerman’s best lap of the road course was a time of 1:20.519 (108.048 mph), second fastest of the four drivers gathered.  Only Spencer Pigot, 2014’s Pro Mazda Series champion, was faster.

For his part, Kligerman appeared to be pleased with his effort.

“Damn, that was fun,” Kligerman tweeted following the test.  “Got within three-tenths of the Star Mazda champion Spencer Pigot!  Not too shabby for my first time!”

Previous to racing stock cars, Kligerman started out his racing career in the Skip Barber Series, winning on debut.  After his parents effectively cut off their monetary support of his racing after a year, Kligerman found backing and won the Formula TR 1600 championship before switching to USAC Midgets.

It should be noted that the four drivers gathered were testing the current Indy Lights car that has been in use since the beginning of the series, when it was known as the Infiniti Pro Series.  For 2015, Indy Lights will adopt a new package.  The new Dallara-built IL15 chassis, which ran some demonstration laps during the test, will be powered by a two-liter turbocharged four-cylinder engine built by Advanced Engine Research (AER), best known as a manufacturer of engines for sports cars.