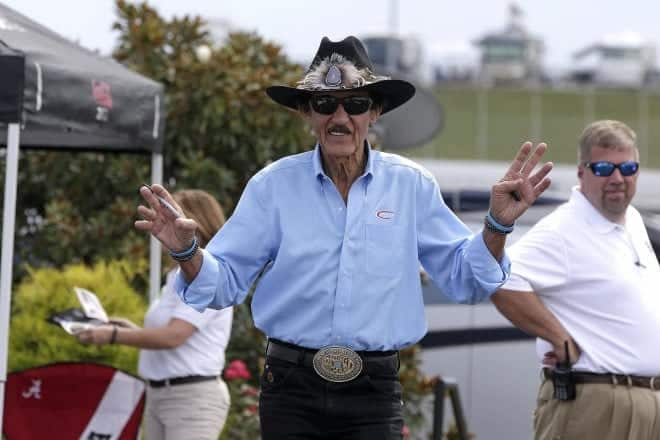 There was a clear loser on Wednesday from Joe Gibbs Racing’s announcement that Stanley Black & Decker will sponsor Carl Edwards and Matt Kenseth next season.  That loser was Richard Petty Motorsports.  Stanley Black & Decker’s Stanley and DeWalt brands shared primary sponsorship space on the No. 9 Ford for the entire season.  In addition to having to find a new driver to replace Marcos Ambrose, the team must also find primary sponsorship for nearly the entire season.

After JGR went public with their Stanley Black & Decker deal, RPM put out their own release.  In the release, RPM stated that despite the sponsorship loss, the organization still plans to press on with two full-time Sprint Cup teams in 2015.  First off, the team announced that Twisted Tea, which sponsored the No. 9 in the Coca-Cola 600 at Charlotte Motor Speedway in May, will continue their relationship in 2015.  It is unclear how many races that Twisted Tea will serve as a primary sponsor on the No. 9.  In addition, the team is currently meeting with new prospective sponsors to replace Stanley Black & Decker.

“First, we want to wish Stanley Black and Decker the best,” said Brian Moffitt, President and COO of Richard Petty Motorsports.  “Their commitment and support has been a critical component to the success of RPM. As with all good partnerships, we are proud that the STANLEY and RPM partnership has benefitted both companies. We are grateful for their support and they will always be a part of our family.

“Today, we are excited to build new partnerships on the No. 9 team,” Moffitt continued.  “We have a vision that our ownership group and sponsors support and believe in. We have built upon that vision in two short years to become championship eligible. It’s that belief that will help us support the No. 9 team. One partner that has supported us is Ford Racing who will again be our manufacturer partner as we continue our relationship that has helped us become a ‘Chase’ organization.”

Richard Petty Motorsports will also continue racing Ford Fusions and continue their technical relationship with Roush Fenway Racing and Roush Yates Engines.  Those relationships date back to 2010, when the team switched to Ford from Dodge.